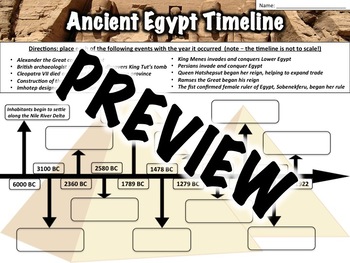 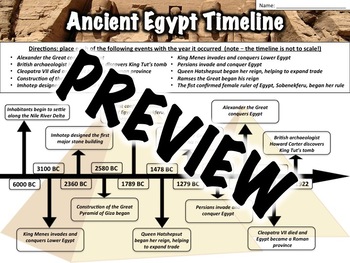 This ancient Egypt timeline has ten important dates in the history of ancient Egypt. Students must match events to each date on the timeline.

Construction of the Great Pyramid of Giza began

Ramses the Great began his reign