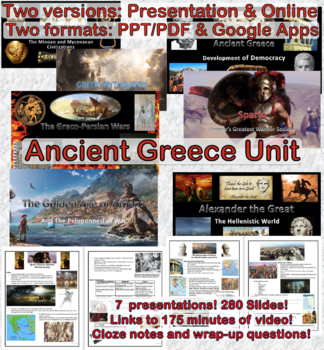 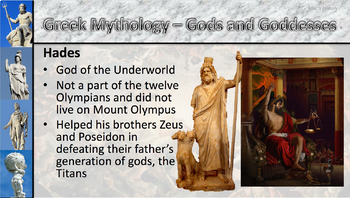 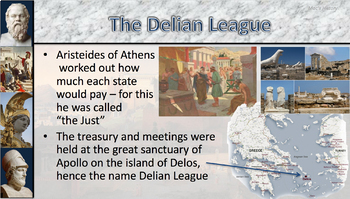 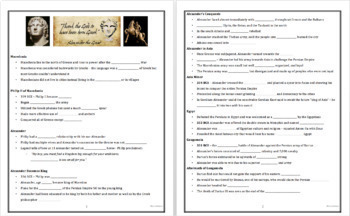 Lesson 1 : The Minoan and Mycenaean Civilizations

This free lesson is added to the bundle for convenience.

The Minoan and Mycenaean civilizations existed in a time that the Greeks called the heroic age, a time when Achilles fought Hector and when Heracles completed his twelve labours. In reality it was Bronze Age Greece and these two civilizations would lay the foundation for what would become Ancient Greece.

♦ Geography of Greece and the Aegean

♦ The development of Minoan civilization

♦ Decline of the Minoans

♦ The development of Mycenaean civilization

♦ Collapse of the Mycenaean civilization

The mythology of the Greeks was not just stories to guide their lives - they considered it their very history. Today, they provide us with some of the most compelling stories from our ancient past.

♦ The Impact of Mythology on Greek Society

♦ The Legend of the Trojan War

♦ The Gods and Goddesses

♦ Religion as a Cultural Unifier

Lesson 3: Birth of Democracy in Athens

Greece is the birthplace of democracy and the story of that development is fascinating. Seen as more than just a right by the citizens of Athens, it was a duty and it was something they were willing to die for.

This lesson covers the following topics:

♦ The influence of Greek Hoplites on government

♦ Draco and Athens' Code of Law

♦ Isagoras and the Spartan Invasion

♦ Cleisthenes and the birth of democracy

The Greek city-state Sparta was one of the harshest and most militant societies in history. Despite a relatively small population, this society dominated the Greek peninsula for centuries. This presentation, which includes links to youtube, examines how that society rose to become the military power house of Ancient Greece.

At the beginning of the 5th century BCE, the small, independent city-states of Greece were in danger of being swallowed up by the massive Persian Empire. Had the Greeks not successfully defended their freedom at this critical point in the development of their culture, it is difficult to imagine how different the history of the western world would have been.

♦ Crossing of the Hellespont

♦ Themistocles and the Athenian Navy

♦ Leonidas and the 300 Spartans

♦ Significance of the Greek Victory

Lesson 6: The Golden Age of Athens and the Peloponnesian War

For a brief shining moment in history the cultural heart of the Western World was Athens. From this city, democracy, philosophy, culture, and the arts were the centre of this society. This all came to a violent end when war erupted with Athen's eternal rival Sparta.

♦ Athens as a beacon for the Arts

♦ The Acropolis and the Parthenon

♦ Aftermath of the War

♦ The Rise of Macedonia

Lesson 7: Alexander the Great and the Hellenistic World

Alexander Great is an individual who had a tremendous impact on the world. His stunning military achievements and opening up Europe to a much greater world would change the course of human history. The blending of cultures begun by his invasion of Asia would enrich the Western World for centuries to come.

♦ Discontent in the Army

♦ Breakup of the Empire