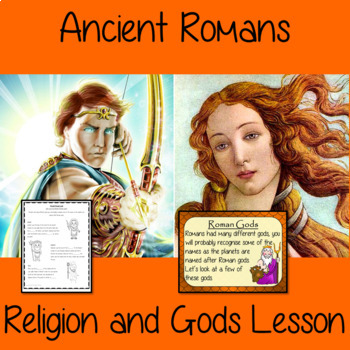 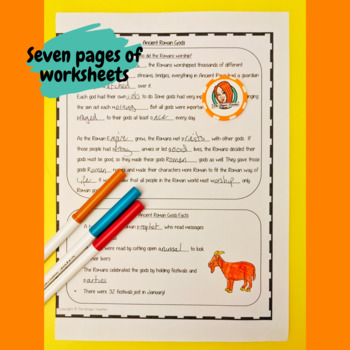 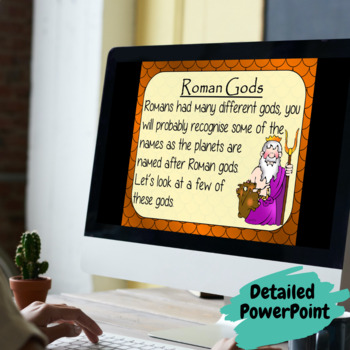 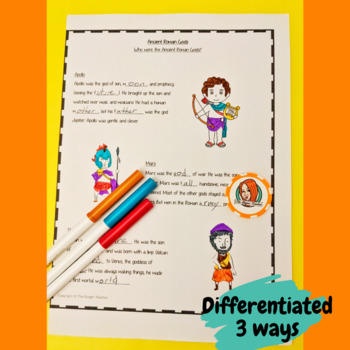 Teach children about the religion and gods of the Ancient Romans. This download is a complete resources lesson to teach children about the religion in the Roman Empire. The children will learn who the Romans worshipped, how they changed to Christianity and the different types of gods. There is a detailed 30 slide Ancient Romans PowerPoint and four versions of the 7-page Roman religions worksheet to allow children to show their understanding, along with an activity to create fact cards for the gods.

This comes from my Ancient Roman unit of work

Total Pages
87 pages
Answer Key
Included
Teaching Duration
1 hour
Report this Resource to TpT
Reported resources will be reviewed by our team. Report this resource to let us know if this resource violates TpT’s content guidelines.