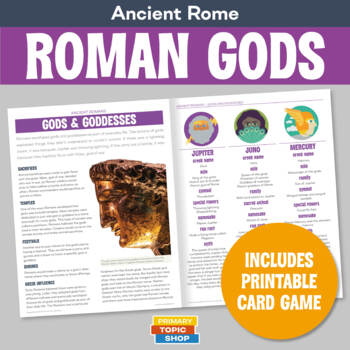 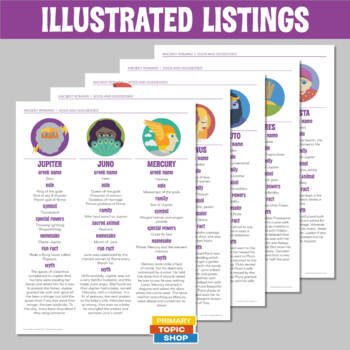 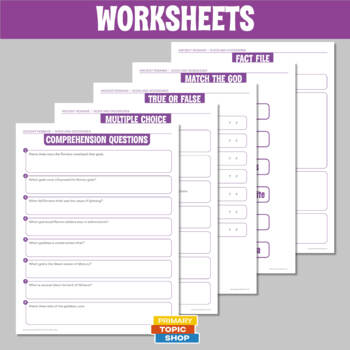 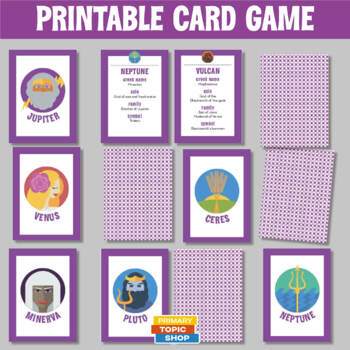 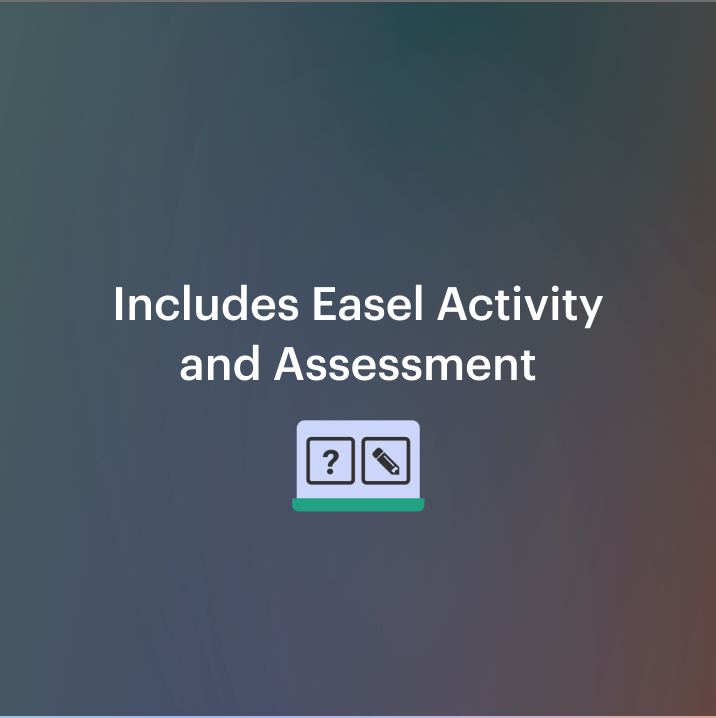 In this lesson, students learn about the gods and goddesses of Ancient Rome. Fifteen of the main Roman gods are explored in listings, each with an original illustration, the Greek names, role, symbol, a myth and a combination of other fun facts. The introduction includes interesting facts about the ancient Roman religion including sacrifices, temples, festivals, shrines and the Greek influence on Roman gods. This PDF includes information handouts, a fact file activity, a printable memory card game, match the Roman and Greek god activity, and differentiated reading response worksheets.

If you are teaching about Roman gods and goddesses, you might also be interested in Roman Myths.

More resources about the ancient Romans.

Please let me know what ancient Roman subjects you are looking for.

All photos, text and illustrations are by the Primary Topic Shop.

Total Pages
20 (including 3 answer sheets)
Answer Key
Included
Teaching Duration
N/A
Report this Resource to TpT
Reported resources will be reviewed by our team. Report this resource to let us know if this resource violates TpT’s content guidelines.