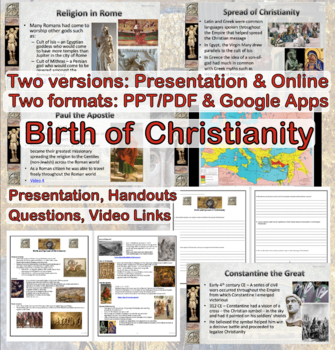 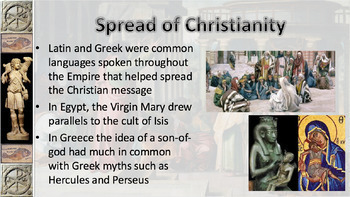 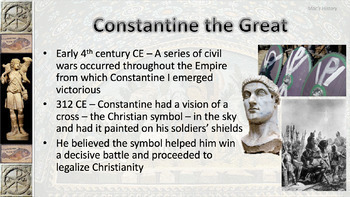 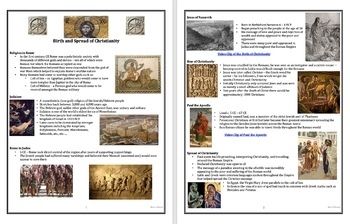 Christianity changed the world and this presentation provides the visuals, video links, guided notes, and reflection questions to keep your students engaged for the entire lesson.

The beginnings of Christianity began slowly but once it began rolling it spread quickly. Against the backdrop of the Roman Empire this new religion found converts and would ultimately change the very civilization that had sought to repress it.

♦ Judaism and Rome in Judea

The first is a PowerPoint for those teachers who know the topic and want to guide their students through the material. This class takes approximately 60-minutes. There are five links to Youtube in the presentation. The videos total ~ 22 minutes. Youtube links are checked weekly and updated when necessary. There are handouts for note taking along with reflection questions included with this presentation.