Ancient Rome: Culture and Innovation during the Pax Romana 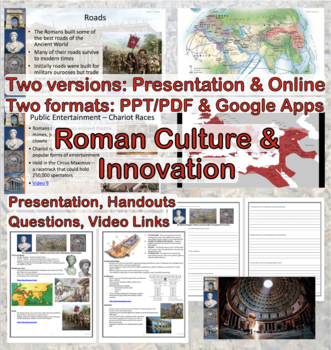 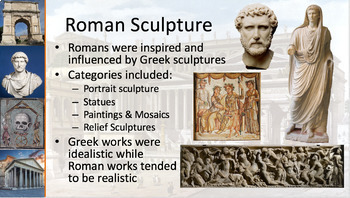 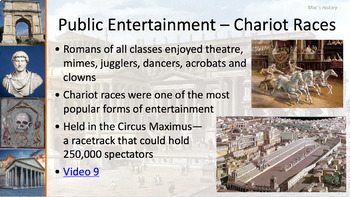 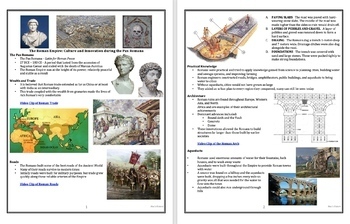 This dynamic presentation describes in detail the legacy left by the Roman Empire. It provides visuals, video links, guided notes, and reflection questions to keep your students engaged for the entire lesson.

During the Pax Romana Rome was at the height of its power and influence. During this period the Romans developed technologies that would be the wonder of the world and, after the fall or Rome, would not be duplicated for centuries.

This epic PowerPoint showcases life at the height of the Roman Empire - the Pax Romana. Topics presented include:

♦ Life for a Roman family

♦ Entertainment such as chariot races and gladiator fights

♦ The legacy left by Rome for the modern world

The first is a PowerPoint for those teachers who know the material and want to guide their students through the material. This class takes approximately 2 hours. There are ten links to Youtube in the presentation. The videos total ~ 29 minutes. Youtube links are checked weekly and updated when necessary. There are handouts for note taking along with reflection questions included with this presentation.