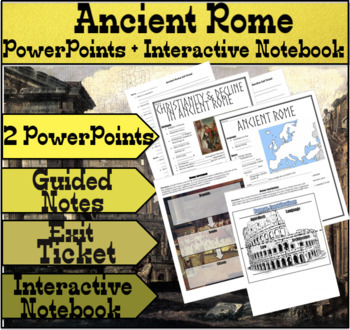 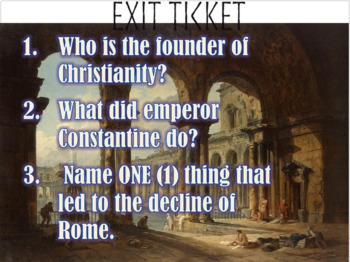 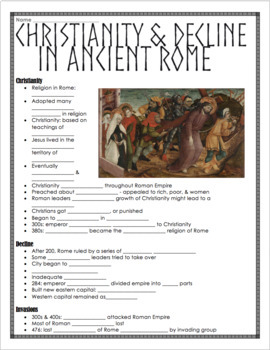 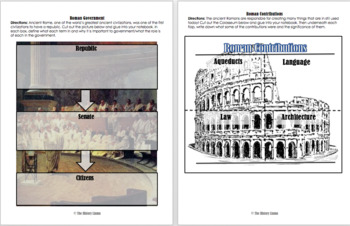 If you would like to purchase the PowerPoints without the interactive notebook pages, then please click here: HERE

The Ancient Rome Powerpoint gives an overview on the major figures, accomplishments, and events from Ancient Rome.

Thank you so for checking this resource out! If you would like to see these items individually, then check out the links below:
❁ Ancient Rome