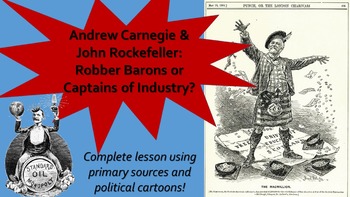 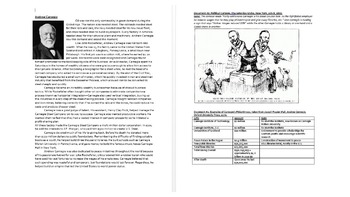 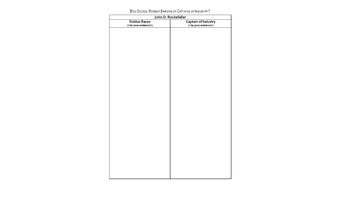 or “captains of industry”—men who helped the nation through building thriving industry and philanthropy. After comparing their evidence, students discuss modern examples of “robber barons” and “captains of industry” and debate the responsibilities of the wealthy to society at large. The lesson concludes with students writing an obituary for Andrew Carnegie or John D. Rockefeller in which they argue that their chosen subject was a “captain of industry” or a “robber baron.”