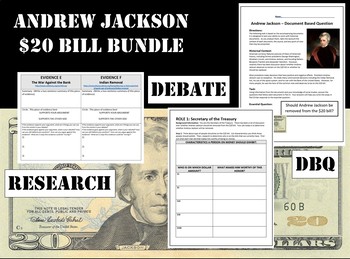 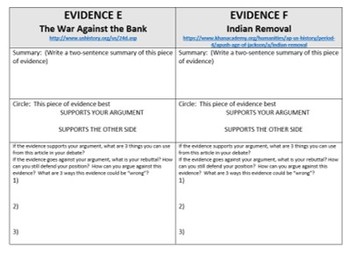 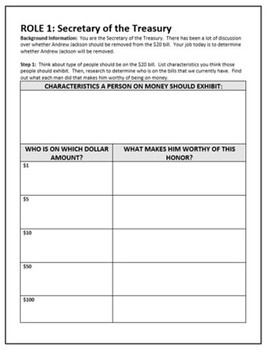 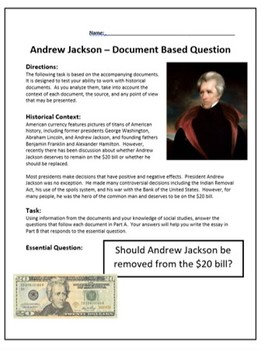 In this Andrew Jackson Bundle, you receive three materials to teach the Age of Jackson! All 3 activities are designed around the essential question: Should Andrew Jackson be removed from the $20 bill? Students complete a Webquest to research Andrew Jackson's actions, participate in a debate arguing for their position, and then write a DBQ essay.

Students analyze 6 pieces of evidence in this Webquest. As they examine each piece of evidence, they must determine if it supports Andrew Jackson remaining on the $20 bill or if it proves he should be removed.

This activity combines the traditional jigsaw strategy with a class debate and is one of my favorite activities. Every kid is held accountable for preparing for and participating in the debate, and they are highly motivated because of the competitive nature of the activity. In this lesson, students hold debates in groups of three arguing for or against Andrew Jackson being on the $20 bill. The Secretary of the Treasury in each group will make the final decision based on the arguments presented.