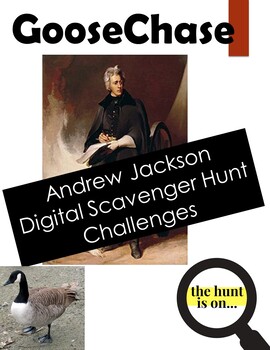 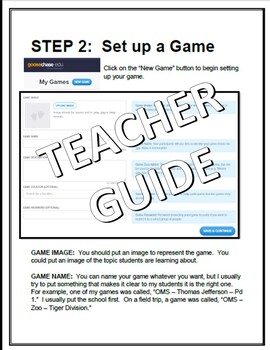 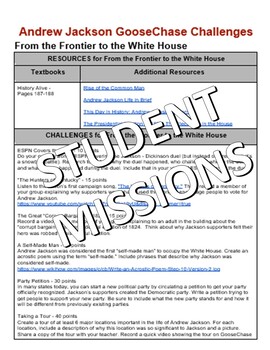 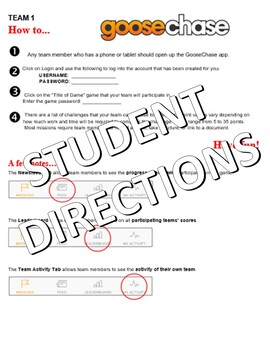 In a classroom with many different learning styles and needs, GooseChase is one of the most exciting, engaging ways to differentiate for all students. They are able to choose from 35 missions with different difficulty levels and point values to compete in a digital scavenger hunt related to the life and presidency of Andrew Jackson. Students submit their completed tasks by taking pictures or videos through the GooseChase app on a mobile phone or tablet.

From the Frontier to the White House

Jackson Battles the Bank of the United States

With this activity, students have so much fun, they forget they are working hard! Some of the challenges include analyzing a spoils system political cartoon, creating a Google Tour Builder tour of events from Jackson's life, designing a comic strip illustrating the bank battle, and writing a journal entry from the Trail of Tears. Students may also choose to create an ESPN introduction of Jackson's "starting line-up" in his kitchen cabinet, performing a song the Bank of the U.S. could sing as it was slowly being starved to death, and recording Andrew Jackson defending his choice to support the Force Bill. These are just some of the 35 possible activities students can choose from to show their understanding of Jackson's life and presidency.

With 35 different challenges to choose from, the needs of all students will be met. And they definitely get excited for the competition!

* 35 missions that you can choose from when creating your game.

If you purchase this product, you probably won't be able to get the game fully setup within just one planning period. It might take a little longer than that. However, once it is setup, you will probably run the game for at least a week, if not longer. Additionally, the first time using GooseChase always takes a little longer, but after that, it is very easy to get going!

Although this scavenger hunt has been designed for GooseChase, it could be very easily used without using the program. You could choose to have the students submit the assignments directly to you, instead of through the application.