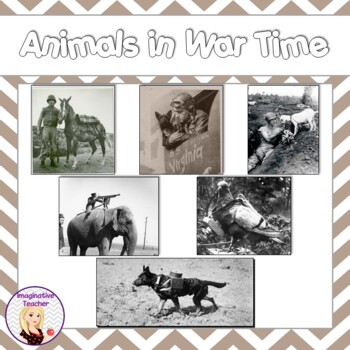 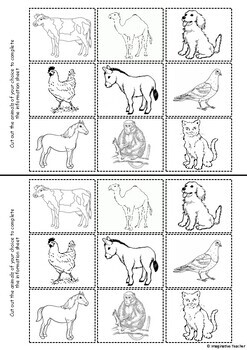 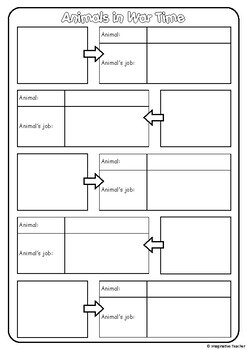 When we think of fighting and global conflicts, we often reflect upon the humans involved. Throughout history, animals have been relied upon by all sides during war. Ranging from horses, and donkeys to monkeys and cats, they have all played an important role alongside human soldiers.

For this activity, students choose five of the nine given animals, and stick them on to the worksheet. They then use this as a guide to investigate and research their chosen animals, what their specific job was and the impact each one had on the war.

I have intentionally replicated the animals onto one page and kept it to black and white to reduce photocopying costs.

A great starting point for students and a chance to learn about war from a different perspective.

Appropriate web links regarding animals during the war have been included.