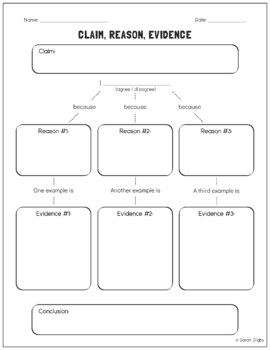 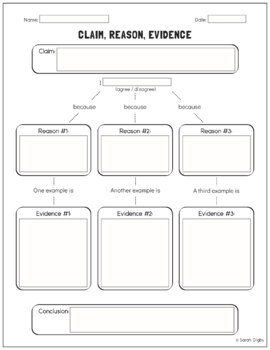 You've found the perfect graphic organizer—complete with a fillable PDF option—to help students visually and clearly connect the integral elements of any persuasive, argumentative, and informative essay: from the claim, reasons, evidence, and conclusion, students can better organize and map out their thinking while understanding the general essay structure.

There is space for three reasons and subsequent evidences in support of these reasons. Language frames between the connections (e.g., because, one example is, another example is, a third example is) help clearly establish the written flow between the claim, reasons, and evidence.

This product is also available in the following language(s):