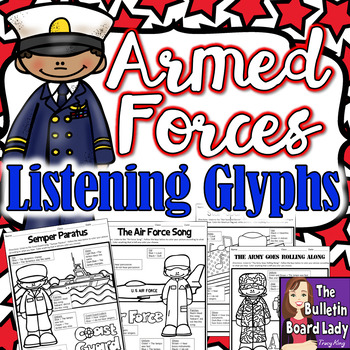 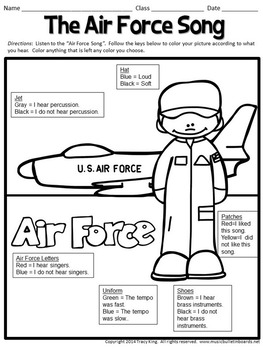 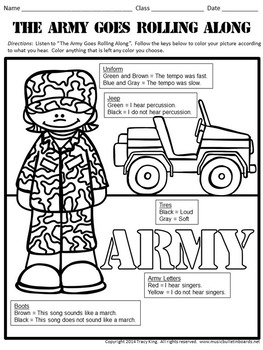 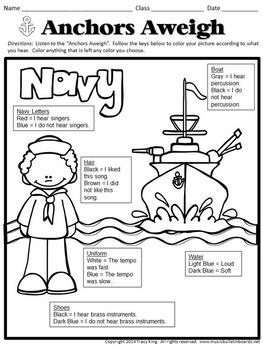 This set of 8 listening glyphs is perfect for directed listening to the songs of the armed forces and other patriotic songs. Each glyph asks students to listen for things like dynamics, tempo and tone color. Students color the pictures based on what they hear.

These glyphs work with any version of these songs. Choose versions with or without vocals, from the recordings of the military bands of each branch or choose an unusual rendition from YouTube. Recordings of the songs are not included in this download.

The Bulletin Board Lady-Tracy King