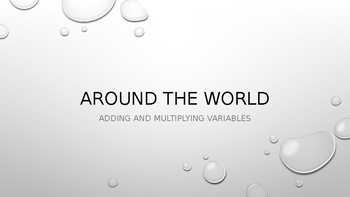 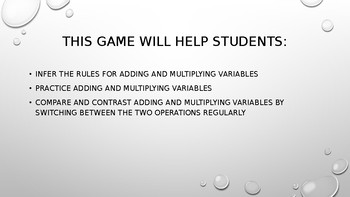 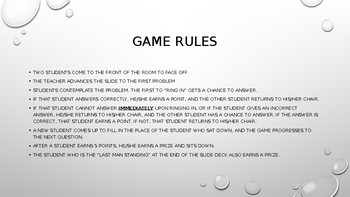 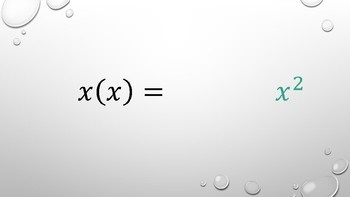 In my own classes, I have used this game as a refresher for upper-level math students before diving into deeper topics. It could also be used in a pre-algebra or Algebra I class to learn and practice the rules of adding and multiplying variables for the first time.
Log in to see state-specific standards (only available in the US).
CCSSHSA-APR.A.1
Understand that polynomials form a system analogous to the integers, namely, they are closed under the operations of addition, subtraction, and multiplication; add, subtract, and multiply polynomials.
Total Pages
30 pages
Answer Key
Included
Teaching Duration
30 minutes
Report this Resource to TpT
Reported resources will be reviewed by our team. Report this resource to let us know if this resource violates TpT’s content guidelines.