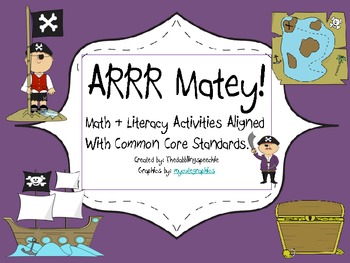 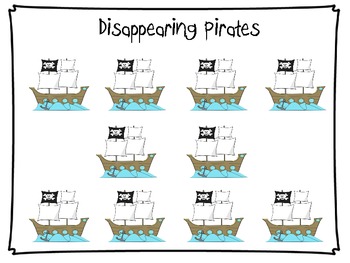 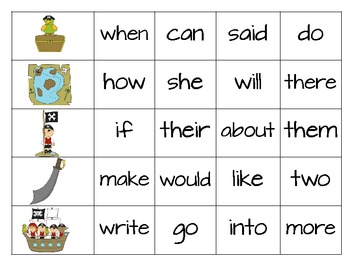 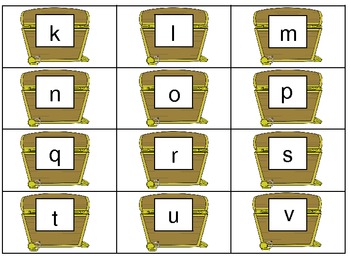 This is a twist on a popular math game “Disappearing Trains” with a Pirate Theme. I found this game on this blog Mrs.Giglio's Math and thought it would be fun to create a game for my pirates theme unit that I have been planning.
Concept: Number operations ( + and -). Teaches vocabulary concepts more/less, most/least, take away/add.Players: 2 or moreMaterials: Blank die (or cube) with the sides marked -1, -2, -3, -1, -2, +3 or you can use my template make your own die.
Use up to 24 pirates, disappearing pirates game mats (one for 10 pirates and the other is for 20 pirates).Directions: Explain the ( -) and ( + ) signs on the cube: the minus sign before a number means "take away" (or subtract) that many objects and the plus sign before the one number means "put together" or add that many objects.Players put pirates on their game mats and removing (or adding) as many pirates from their ships as the number on the cube indicates.
The game ends when the first pirate disappears. Players must roll the exact number needed to make the pirate disappear. If one pirate is left, the player needs to roll a -1 to finish.
Option: A non-competitive version of this game might be to work together on one pirate mat, (alternating turns rolling the die) to make it disappear. This game can also be played to reinforce any speech or language activity.

Practice Common Core sight words with a pirate theme! This can be used at a literacy center station. Have the students use one of the sight word mats. Each student rolls the die and whatever picture they roll, that is the line the practice reading the sight words. If they land on “lose a turn”, then their turn gets skipped. The first student to read each of their lines on their pirate game mat is the winner. If they roll the same picture that they have already read, then they just read the line again for EXTRA practice. Students can put a chip on each row that they have read to help with keeping track. Die is included on page 5. The game board mats are on pages 7-9.


Pirate Treasure Hunt Alphabet Game
Common Core Standard: RF.K.1: Recognize and name all upper and lowercase alphabet letters.
This is a great game for students who are still learning to identify their upper and lower case letters with a pirate themed. Students take a card and can keep the card if they are able to identify the letter. If they pick an “Arrr Where’s Me Treasure Map” card that means someone stole their map to the treasure and they have to put all their cards back. The student with the most treasure letter cards is the winner.