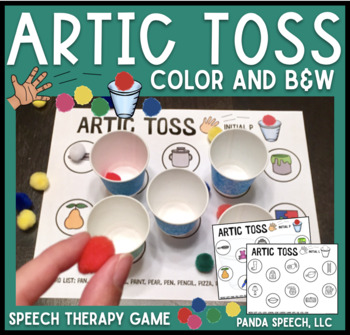 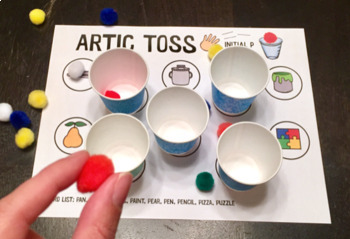 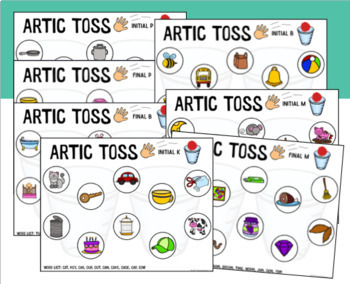 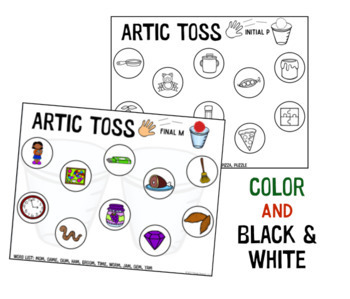 Do you need a super fun activity to keep your articulation students engaged? Your students will love tossing pom poms into mini-cups while practicing articulation. Easily get 100+ trials per session with this activity. Try Artic Toss for Speech Therapy! A fun pom pom tossing game for common Articulation Targets

****Please Note: This is offered in a BUNDLE with the vocabulary version. Do not buy this if you own the bundle. Click HERE to see the bundle

Assembly: Low Prep! Print the Artic Toss mats in color, one sided. Laminate or place in sheet protectors (optional, not required). Use the black & white version for an ink friendly option.

You can buy the materials needed on Amazon or at your local grocery/craft stores.

To use: Set the Artic Toss Mat across from the student (by target phoneme) and give them 10 pom poms. I do this activity on the floor to allow more tossing space. Line up the cups over the circles on the mat. I do this game in rounds. The student will toss ten pom poms at the mat and try to land them in the cups. At the end of the round, the student will practice the articulation word under the cups that the pom poms landed in (the therapist will determine the number of trials per cup, 10X per cup will = 100 trials). For the next round, take those cups off of the mat and toss again. Continue until all of the cups are gone and all of the articulation words have been practiced. I suggest doing a couple practice tosses to gauge the distance needed for the mat.

(this comes with a printing guide, to find the phonemes you need quickly!)

****If you don’t have cups, you could still have students toss pom poms and try to land on the circles.

****Play dough mats:. The student will squish play dough over each circle after they practice the target word.

****Bingo chips: The students will place a bingo chip over each circle as they practice the target word.

****Bingo Daubers/crayons: Use the black and white mat to dot or color each picture after they student practices it.

I also included a cute, cup-shaped tag with the game instructions to send home with your students. I use a gallon size bag and fill it with pom poms, cups, and Artic Toss mats. Perfect for summer practice!

This is also available in a vocabulary/language version:

Flip frogs in a pond while practicing articulation!

Swat articulation flies off of the picnic food!