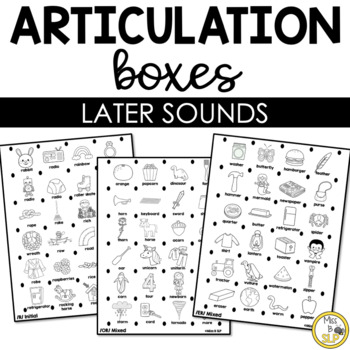 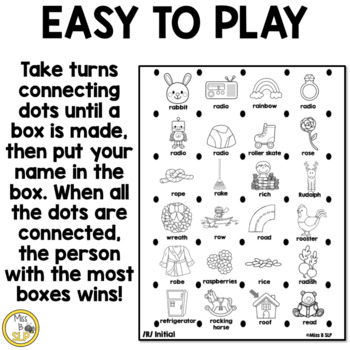 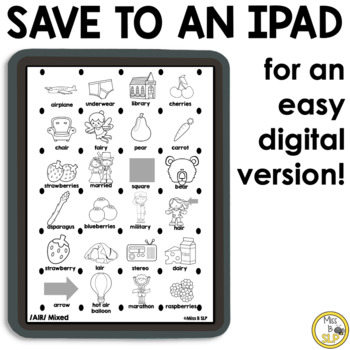 This packet is a variation on the popular game, usually known as "Dots" or "Boxes". In this game, each player chooses a different color, and on each turn, draws a line between two dots. The student should say the target word after drawing his or her line. The player who finishes the box should put their initials in the box. When all the dots have been connected, The player with the most boxes wins!

All games include text and pictures, to support non readers or struggling readers!

This is a print and go resource, perfect for last minute planning or homework! It can also be saved as a PDF to iBooks and used digitally!

If you like this set, check out the Articulation Boxes Mega Bundle, which includes this pack and the later developing sounds pack, for a total of 40 games!