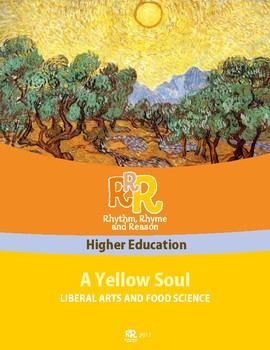 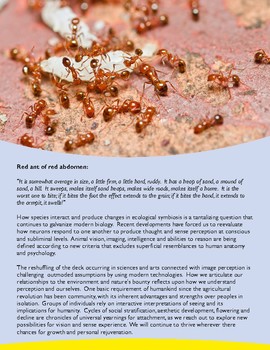 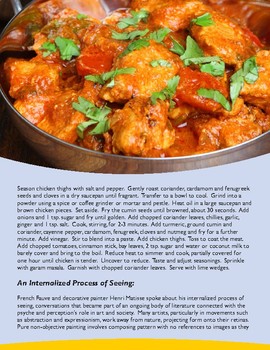 (6 MB|15 pages)
Product Description
Vincent Van Gogh (1853-1890) had an obsession with yellow. Paul Gauguin described his friend’s infatuation in “Essay about free art,” published in 1894: “His yellow-chrome ‘Sun’ burst forth from the canvas, flooding houses and flowers. Oh yes, Vincent had a fondness for yellow; sun bathed his inner life.”

Yellow for painter and color theorist Wassily Kandinsky was the inspiration for “The Yellow Sound,” his collaborative experimental theater piece created in 1909, the earliest of four “color-tone dramas” that blended multiple art forms.

An Internalized Process of Seeing:

French Fauve and decorative painter Henri Matisse spoke about his internalized process of seeing, conversations that became part of an ongoing body of literature connected with the psyche and perception’s role in art and society. Many artists, particularly in movements such as abstraction and expressionism, work away from nature, projecting form onto their retinas. Pure non-objective painting involves composing pattern with no references to images as they appear in space. Affinities exist between ways of seeing that are expressive and imaging as a process, and their relationship to the plastic arts. Just as all nuances and grains of spirit are eloquent to some degree, vision and the rendering of line and form with pencil and paint can run the gamut from flurries of action to strong intellectual processes of analysis. Objects normally experienced in one context are juxtaposed, creating new and tantalizing contextual situations.

Flights of imagination, represented by intensity of feeling, can’t simply be dismissed as accident and urgency without direction. When we think of spontaneous abstractions in limitless space, Jackson Pollock (1912-1956) can be cited as an artist whose commitment was to liberate seeing from rigid conventions. Pollock’s nerves were exposed like an electric net in swelling and diminishing flourishes of random paint, applied with the ritual of a ballet. Freedom from the necessity to graphically recreate an object of perception meant liberation from the exigency to compromise. Concessions to realities of nature gave way to innovation and new perceptual experiences; new challenges for vision and imaging. Changing attitudes and mores in Pollock’s time are framed in the following statement. Uncertainty, anxiety and restlessness pervaded movements and schisms within interdisciplinary modern art.

“There was a feeling that the forms of the European tradition were played out, their possibilities exhausted—that verse must get away from rhyme and reason, that music must break the confines of the diatonic scale, that painting must reject the concern with imitating natural appearances that had been the mainspring of Europe since the Renaissance.” - Art Today