At the Mountains of Madness Worksheets, Art Projects, & Assessment Unit 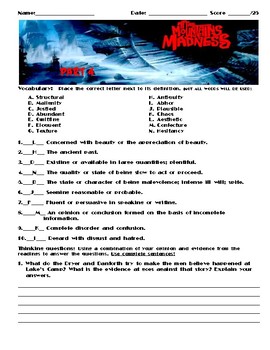 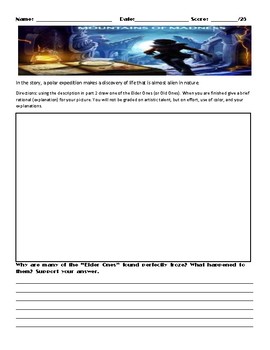 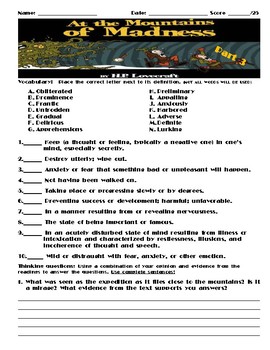 At the Mountains of Madness is a science fiction-horror novella by American author H. P. Lovecraft, written in February/March 1931 and rejected that year by Weird Tales editor Farnsworth Wright on the grounds of its length. It was originally serialized in the February, March, and April 1936 issues of Astounding Stories. It has been reproduced in numerous collections.

The story details the events of a disastrous expedition to the Antarctic continent in September 1930, and what was found there by a group of explorers led by the narrator, Dr. William Dyer of Miskatonic University. Throughout the story, Dyer details a series of previously untold events in the hope of deterring another group of explorers who wish to return to the continent.

The story is told in a first-person perspective by the geologist William Dyer, a professor at Arkham's Miskatonic University, in the hope to prevent an important and much publicized scientific expedition to Antarctica. Throughout the course of his explanation, Dyer relates how he led a group of scholars from Miskatonic University on a previous expedition to Antarctica, during which they discovered ancient ruins and a dangerous secret, beyond a range of mountains higher than the Himalayas. (Wikipedia)