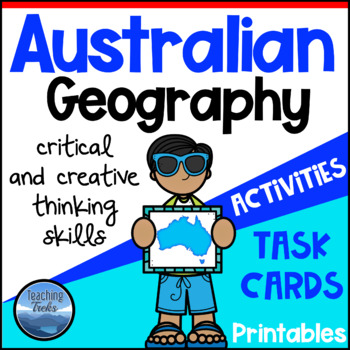 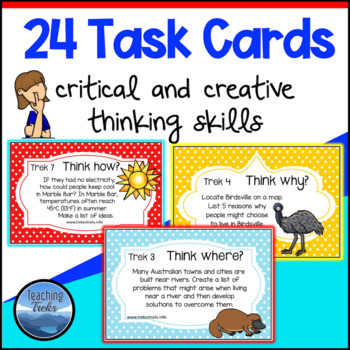 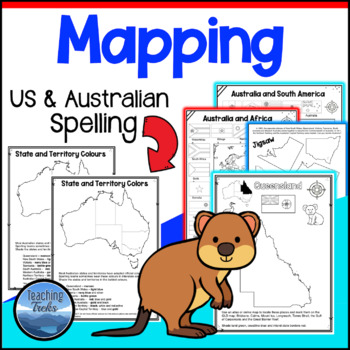 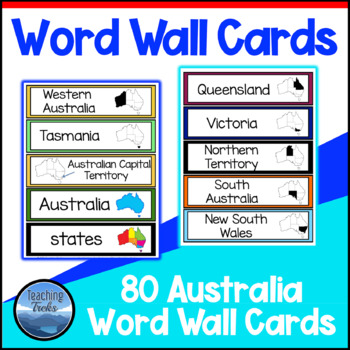 Teaching Treks
6.6k Followers
Follow
Compatible with Digital Devices
The Teacher-Author has indicated that this resource can be used for device-based learning.
DescriptionReviews150Q&A

Australia is the land down under! Australia is also a land of great contrasts. Australian Geography is comprised of 24 Thinking Trek task cards, 14 Australia mapping activities, 80 Australia word cards and 3 printable posters.

This product also contains Australian geography vocabulary on 80 Word Cards, over 30 of which are illustrated. Two pages of blank cards are also included. The cards are suitable for Word Walls and associated learning activities:

Back to School Thinking Task Cards

Use Thinking Treks and a range of printables to learn about the geography of Australia.

* Updated March 2014 to include a colour poster of the states and territories of Australia.
Total Pages
56 pages
Answer Key
N/A
Teaching Duration
N/A
Report this Resource to TpT
Reported resources will be reviewed by our team. Report this resource to let us know if this resource violates TpT’s content guidelines.