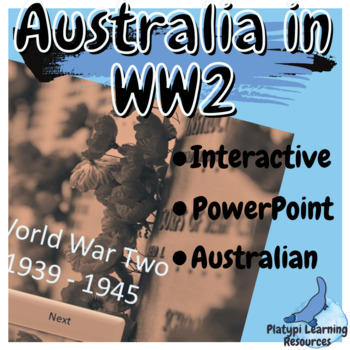 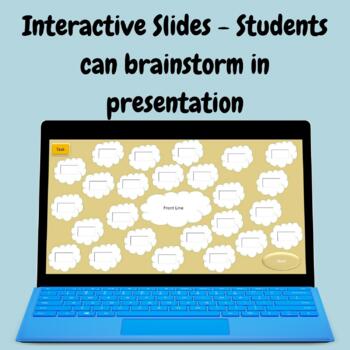 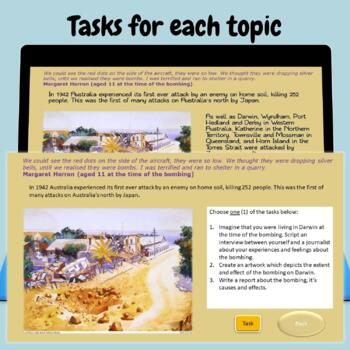 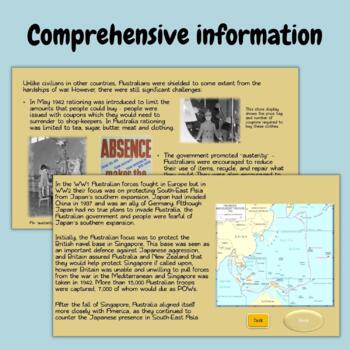 This PowerPoint resource is designed to support your World War Two History unit. Aimed at Year 9 and 10 students, it is aligned to the Australian National Curriculum and includes comprehensive content about Australia on the Front Line, and the Home Front, as well as student learning tasks.

o Australia’s contribution to the war in the Mediterranean

o Australia’s contribution to the war in the Pacific

o The changing roles of women in society

o Internment camps and the interment of so called ‘enemy aliens’

We recommend using this resource as:

§ As a homework or pre-unit task

§ As a small-group task

§ As an independent learning-centre task