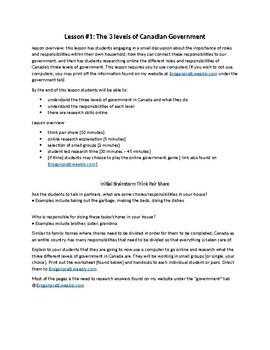 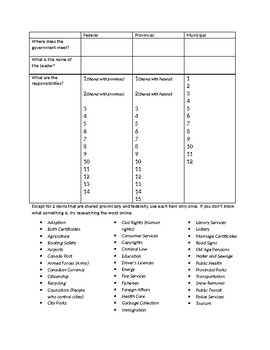 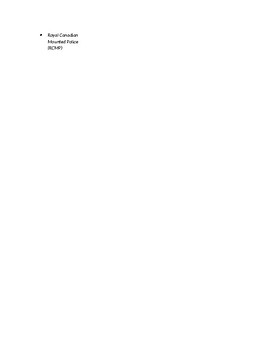 (424 KB|17 pages)
Product Description
This is a complete unit plan for teaching government to Grade 5's in British Columbia. The content may be easily adaptable for Grade 10 Government as well.

The first half of the unit involves students working in small groups to discover the three different levels of Canadians government online as well as discovering the specific roles of British Columbia’s legislature. While you are able to use this unit without computers for the first two lessons, it is advisable to use computers as they will increase student engagement, as well as reduce preparatory work for you.

The second half this unit involves students working collaboratively in small groups to create a provincial bill of their choosing [such as mandatory school cafeterias within every single elementary school] and then creating a mock second reading of the house to debate on a controversial bill that was created in class. You may wish to contact your local high Malay to see if they can come into your class to talk with them as well.

Total Pages
17 pages
Answer Key
Included
Teaching Duration
1 month
Report this Resource to TpT
Reported resources will be reviewed by our team. Report this resource to let us know if this resource violates TpT’s content guidelines.