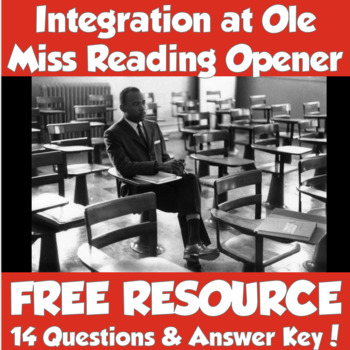 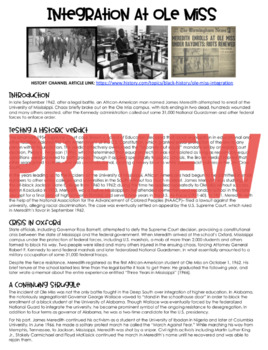 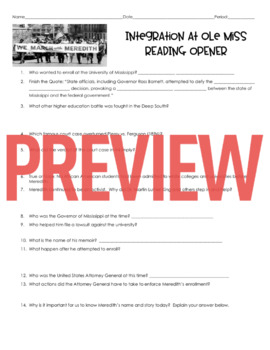 Students will read this History Channel article on James Meredith and his battle to enroll at Ole Miss in the early 1960s. This article references the riots that ensued and also examines how the school tried to defy the historic Brown v. Board of Education decision. This FREE resource would be beneficial for Black History Month, U.S. History, Government, and/or Law & Justice class.

My worksheet contains 14 questions and an answer key has been provided for your convenience.

See below for more Black History Month resources. Want to know when I release new items? Just click the follow button above!