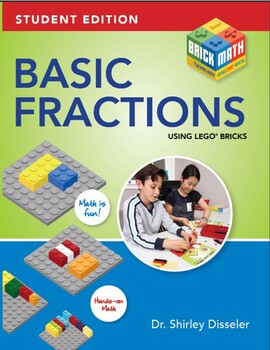 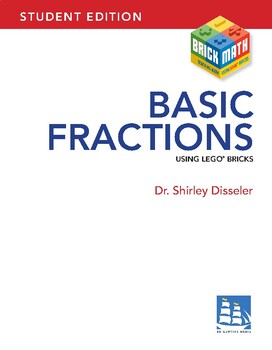 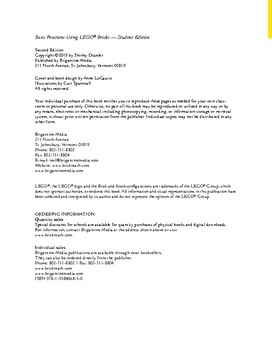 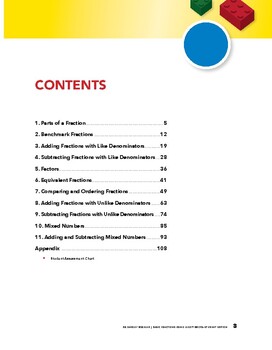 This is the second edition of the student workbook for Basic Fractions Using LEGO Bricks by Shirley Disseler and should be used in conjunction with the teacher's edition of the book.

This edition has even more ways to teach students about fractions than before.

The first edition of Teaching Fractions Using LEGO® Bricks was the very first book written in the 22-book Brick Math series. Author Dr. Shirley Disseler went back to this best-selling book and thought it was time for an update. The second edition has lots of new illustrations of the brick models as well as several new chapters with content that was not included in the original book. Here's what's new in this second edition:

The Basic Fractions book also includes all the topics from the first edition to help students learn:

Basic Fractions Using LEGO® Bricks is available in both Teacher and Student Editions. The Teacher Edition is the lesson guide for the teacher to follow, with step-by-step lessons and full-color illustrations of the brick models students will build as you teach. The Student Edition is the workbook that each student uses to draw their completed models, answer questions about the lessons, and explain their thought process in writing, and each chapter has an assessment so you can easily tell if your students are mastering the concepts.

The book starts with the most basic concepts and focuses ona specific topic in each chapter. Most students learn these concepts between grades 2 – 6.