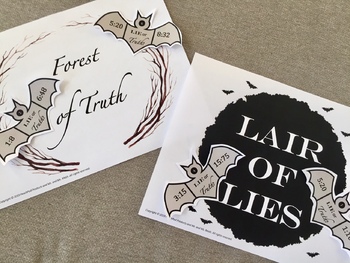 This is a quick activity to set up; it’s also versatile. It can be used as a station. Just print the bats and mats out. Cut the bats out. Put everything on the station’s table along with some paper and pencils and optional calculators. Another option is to print enough of these to set pairs or small groups and allow students to work collaboratively. I think these would be great for a co-teacher to use as an aid for small group instruction.

I’ve included a key. I’ve also included an exit ticket that continues the bat theme and a key for that as well.