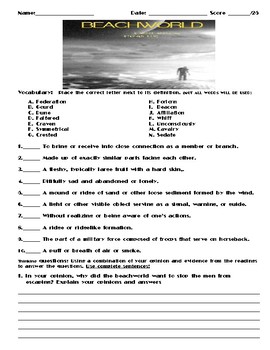 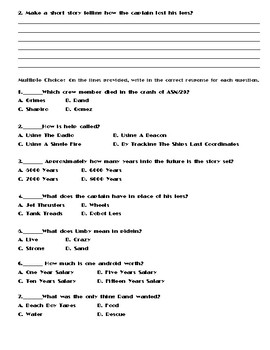 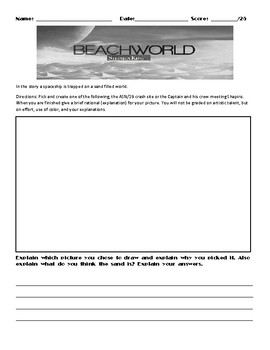 
"Beachworld" is set at an unspecified time in the distant future. Among the few clues to the date is the passing reference that the last of the Beach Boys had died eight thousand years previously.


The catastrophic crash landing of a Federation spacecraft on an uncharted planet made up entirely of sand leaves crewman Grimes dead, while Rand and Shapiro survive. Rand stares out over the sand dunes and both men associate the endless rolling dunes with a beach. Rand is becoming hypnotized by the dunes and refuses to move from the dune he is standing on or drink water. Shapiro also feels drawn to the dunes but, unlike Rand, finds this hypnosis frightening and is relieved to go inside the ship where the dunes are out of sight. When a trader spacecraft arrives in response to Shapiro's beacon, the trader's crew initially treat Shapiro's account of events with skepticism but become convinced when they are unable to get Rand away from the dunes. Rand resists leaving the planet, and the sand reveals itself to be sentient. It prevents Rand's rescue by damaging a sampler android sent from the ship and sending a hand of sand up to stop a tranquilizer dart. The rescue ship escapes just in time, with Shapiro and the trader's captain both narrowly avoiding a giant hand of sand. Rand, left alone, stares up at the ship as it disappears, and then begins to pile handfuls of sand into his mouth.(Wikipedia)