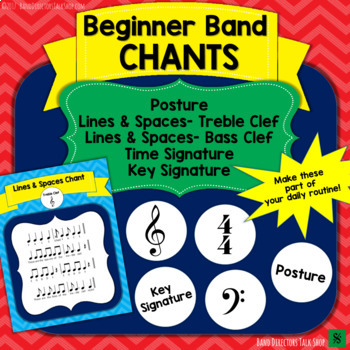 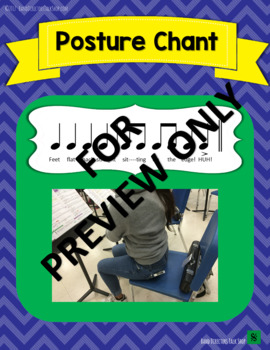 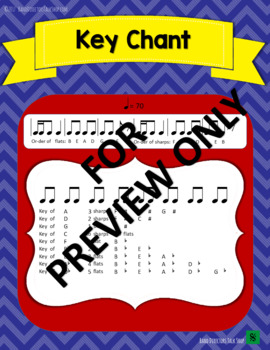 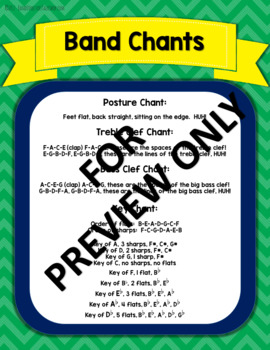 The set includes a full color director copy for each chant with the words and rhythm. There is also a student reference copy that has the words for all chants on one sheet.

⭐THIS ITEM IS ALSO INCLUDED IN THE BAND DIRECTOR BACK-TO-SCHOOL BUNDLE!⭐

Looking for a FUN way to teach good habits and music theory? We all know that kids (and adults) remember things better when they are set to music – or rhythm. The following chants will become your best friends!

We encourage you to use the chants a part of your daily class routine. Go through each chant at the beginning of class (back to back) before moving on to your rhythm or beginner book lessons. Also, use them throughout class as appropriate (example: when you move from one key signature or time signature to a new one).

Feedback from some of our happy customers:

⭐"Thanks - this is a fun, creative, less nagging way to reinforce important things."

⭐"These chants work so well with my young recorder students too! They love them-when we get going the drum vibrates after we say "huh" in the posture chant-lol"

⭐"Great resource-- posted in my room and have been working the key signature chant with my bands this week."

✅ FOLLOW US FOR UPDATES ON NEW PRODUCTS, SALES & FREEBIES