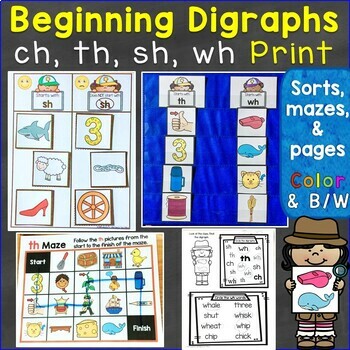 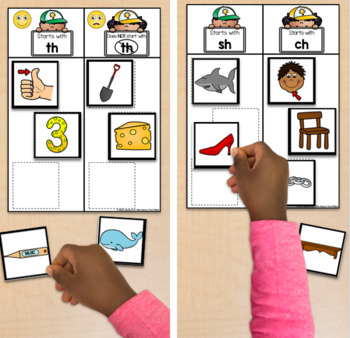 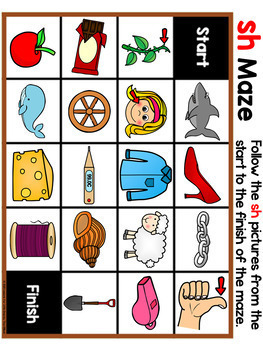 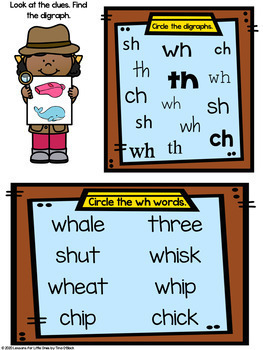 Lessons for Little Ones by Tina O'Block
4.1k Followers
Follow

These engaging printable activities will help your students become fluent in both recognizing the sound and the spelling of the four digraphs.

You receive the following materials in both full-color and black/white:

Students follow/mark the correct beginning digraph pictures that lead from the start of the maze to the finish. You receive a maze for each digraph (sh, th, ch, wh).

Printable pages that help students recognize the spelling (letter pairs) of each digraph. In the top section of each page, students look at the clues (which are pictures) and then they find and circle the correct digraph. The digraphs are shown in several different fonts to help students visually discriminate between the 4 digraphs.

In the bottom section of each page, students circle the words that begin with the digraph. This helps students see the digraph at the beginning of the word and also helps them to visually discriminate between the 4 digraphs.

Please see the preview file for examples of each activity.

• CLICK HERE to become a follower. You will now receive email updates about this store.

Log in
to see state-specific standards (only available in the US).
CCSSL.K.5a
Sort common objects into categories (e.g., shapes, foods) to gain a sense of the concepts the categories represent.
CCSSRF.1.3
Know and apply grade-level phonics and word analysis skills in decoding words.
CCSSRF.K.2c
Blend and segment onsets and rimes of single-syllable spoken words.