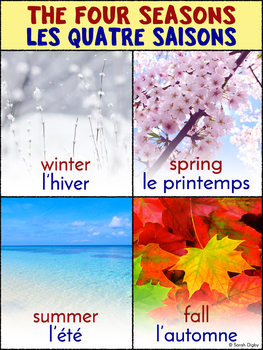 This French-English bilingual poster of the four seasons is perfect for any early bilingual or language-learning classroom! The use of real pictures also makes this poster ideal for older French-speaking ELLs/emergent bilinguals.

• Days of the Week Calendar Poster »