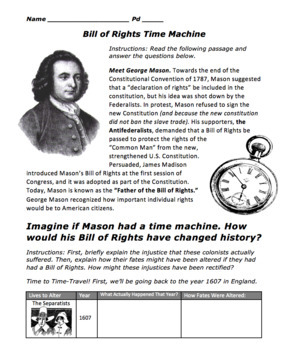 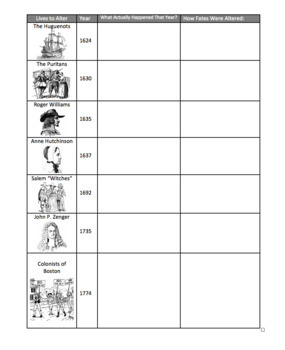 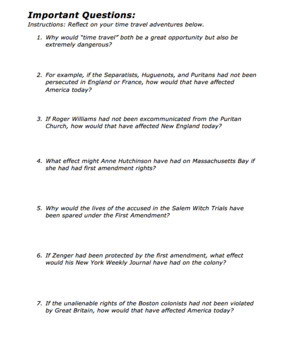 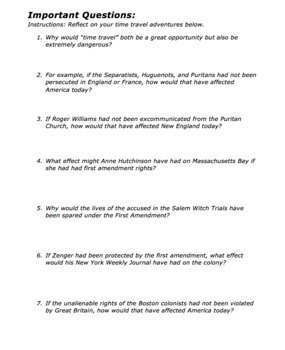 Students will be very engaged in this activity, in which they use their knowledge of the Bill of Rights to "time travel" back to the darker colonial days in which the unalienable rights of men and women were not protected. They will explain what happened to the colonial men and women, as well as explain how specific amendments would have changed the outcome of their lives as well as changed history. Colonial men and women include: Separatists, Huguenots, Puritans, Roger Williams, Anne Hutchinson, Salem Witch Trials victims, John Peter Zenger, and pre-Revolution Boston colonists. Students will also answer essential questions, which will make them think about how changing the past may affect the future.

Total Pages
3 pages
Answer Key
Included
Teaching Duration
1 hour
Report this Resource to TpT
Reported resources will be reviewed by our team. Report this resource to let us know if this resource violates TpT’s content guidelines.