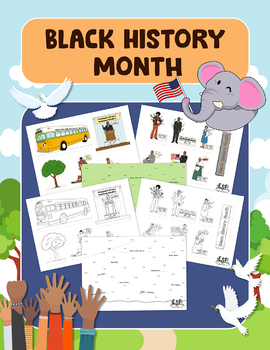 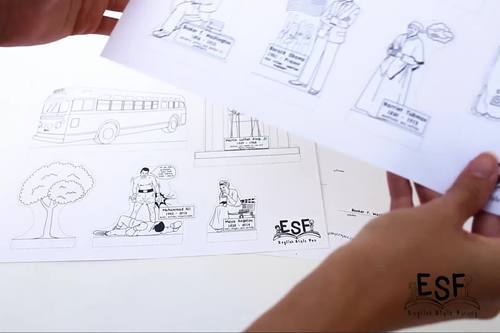 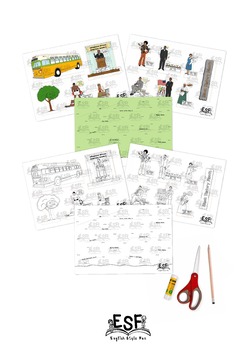 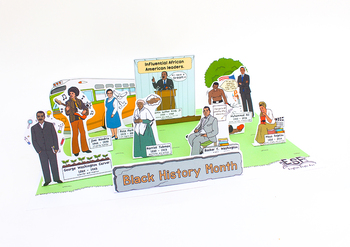 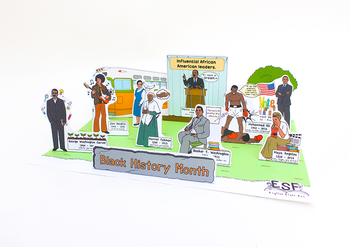 Black History Month: Another version of our popular pop-up fun activities. This project is simple and allows children in kindergarten and first grade to familiarize themselves with America’s African American influential leaders. In this project the kids will learn fundamental information about each individual and the most importantly, they will also learn to recognize each of their accomplishments as well. There are 9 influential individuals from different eras and different arenas. At the end of the activity students will have their own pop-up project to be proud of!

For the drawing of the individuals I tried to draw them as realistic as possible to not only portray the real person but also help students recognize them out in the real world.