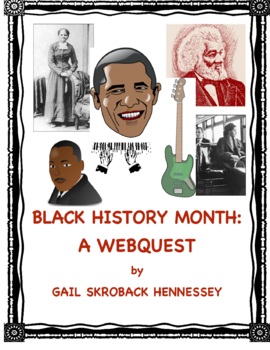 Gail Hennessey
1.4k Followers
Follow
Compatible with Digital Devices
The Teacher-Author has indicated that this resource can be used for device-based learning.
DescriptionReviews1Q&A1

Can you name some famous African Americans who contributed to our country in arts, music, civil rights, sports, literature, politics, science and technology? Perhaps, you know the names of Martin Luther King, Jr, Harriet Tubman, George Washington Carver, Frederick Douglas, and Sojourner Truth. Do you know who Charles Drew was? BB King? Rosa Parks? There are so very many African Americans that have made contributions to our world. Try this webquest and learn about a few of these important people. Use the resources listed below to learn even more...