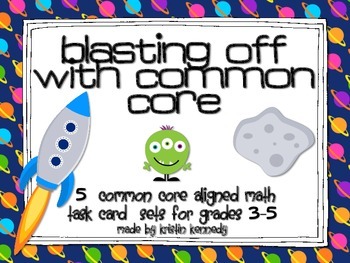 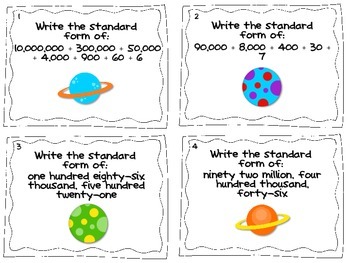 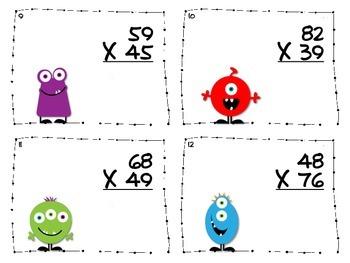 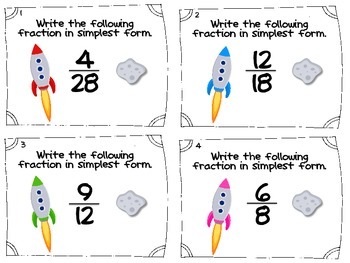 This task card bundle is a great way to keep your students engaged while practicing a variety of critical Common Core concepts. This bundle includes 5 sets of 20 task cards with answer keys and student recording sheets.

Here is what’s included in this space-themed pack along with the Common Core Standard(s) each center supports:

-Planetary Place Value: Writing numbers in standard, expanded, and word form through the millions and identifying which digit is in the specified place (4.NBT.2)

-Martian Multiplication: Multiplying a whole number of up to 4 digits by a one-digit number as well as two two-digit number (4.NBT.5)

-Launch Pad Perimeter and Area: Finding the area and perimeter of various polygons and identifying the length of the missing side when given the area/perimeter (3.MD.7, 3.MD.8, 3.G.1, 4.MD.3, 4.G.2)

*I have this same exact product in a QR Code Version

Total Pages
37 pages
Answer Key
Included
Teaching Duration
30 minutes
Report this Resource to TpT
Reported resources will be reviewed by our team. Report this resource to let us know if this resource violates TpT’s content guidelines.

Log in
to see state-specific standards (only available in the US).
CCSS4.G.A.3
Recognize a line of symmetry for a two-dimensional figure as a line across the figure such that the figure can be folded along the line into matching parts. Identify line-symmetric figures and draw lines of symmetry.
CCSS4.G.A.2
Classify two-dimensional figures based on the presence or absence of parallel or perpendicular lines, or the presence or absence of angles of a specified size. Recognize right triangles as a category, and identify right triangles.
CCSS3.G.A.1
Understand that shapes in different categories (e.g., rhombuses, rectangles, and others) may share attributes (e.g., having four sides), and that the shared attributes can define a larger category (e.g., quadrilaterals). Recognize rhombuses, rectangles, and squares as examples of quadrilaterals, and draw examples of quadrilaterals that do not belong to any of these subcategories.
CCSS4.NF.A.1
Explain why a fraction 𝘢/𝘣 is equivalent to a fraction (𝘯 × 𝘢)/(𝘯 × 𝘣) by using visual fraction models, with attention to how the number and size of the parts differ even though the two fractions themselves are the same size. Use this principle to recognize and generate equivalent fractions.
CCSS3.NF.A.3b
Recognize and generate simple equivalent fractions, (e.g., 1/2 = 2/4, 4/6 = 2/3). Explain why the fractions are equivalent, e.g., by using a visual fraction model.