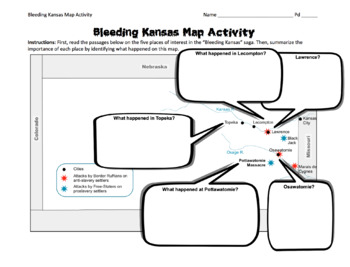 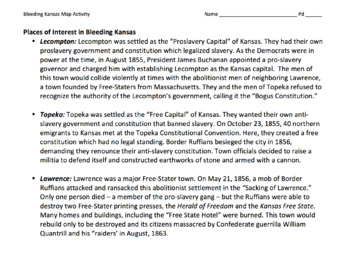 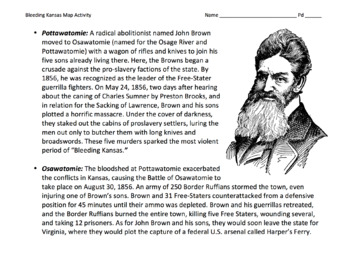 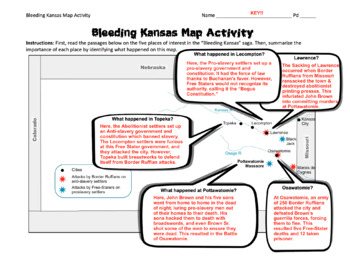 Students will be enthralled learning of the rivalries and conflicts between the Pro-slavery Border Ruffians and the Abolitionist Free-Staters. Students will read and highlight important events at FIVE key locations: Lecompton, Topeka, Lawrence, Pottawatomie, and Osawatomie. These include the attacks, ransackings, massacres, and atrocities that give "Bleeding Kansas" its gruesome name. My students love this activity, and it spikes their interest in learning more about John Brown, setting the stage for his Raid at Harpers Ferry.

Total Pages
3 + Key
Answer Key
Included
Teaching Duration
1 hour
Report this Resource to TpT
Reported resources will be reviewed by our team. Report this resource to let us know if this resource violates TpT’s content guidelines.