Break the Ice: An Articulation Activity 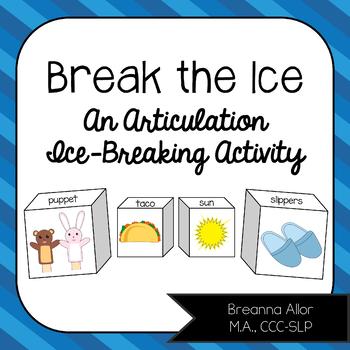 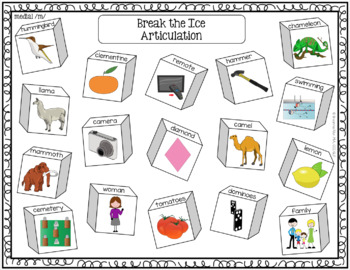 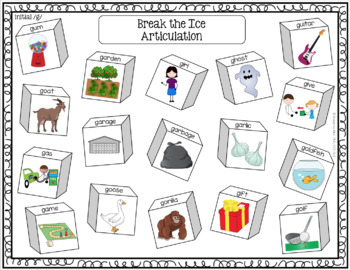 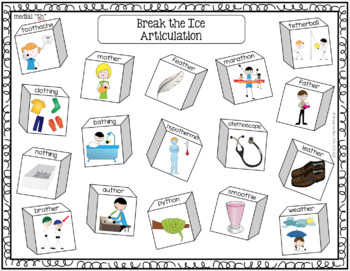 One game my students request to play over and over is Don't Break the Ice (TM). They love this game so much that I wanted to create an activity that compliments the game. Don't have the game? No sweat! This articulation packet can be played with or without the actual game.

The download includes instructions on how to use these articulation mats in two ways: one way with the actual Don't Break the Ice (TM) game and one way without the game (featuring a spinner).

Simply print in color, laminate (for longevity if desired), and you're all set to go!

This packet targets the following phonemes:

• Game set-up: Set up the Don’t Break the Ice™ game as usual. Select the articulation mat desired for each student. Place one mat in front of each student.

• Determine which student will begin first.

• Rotate turns playing the game as specified in the game’s instruction booklet.

• Before the student takes his/her turn, he/she should select an ice cube from his/her mat and attempt to produce the word correctly.

→ If the student produces the word accurately, the student may proceed with his/her turn.

→ Note: Feel free to leave this part out of the game as desired as some students may not respond well to losing their turn.

• As each piece of ice is broken/removed from the game, the student should place the piece of ice on top of his/her mat and produce the articulation sound correctly.

• Continue to play the game until one student has his/her articulation mat completely filled.

• For extra practice, have the student say each word a second time as he/she removes an ice block piece from his/her articulation mat.

• Determine which student will begin first.

• Student One will spin the spinner. The spinner will determine the number of ice blocks/cotton balls that he/she should receive and place on his/her articulation mat.

→ If the student produces the word accurately, the student may proceed with his/her turn.

→ Note: Feel free to leave this part out of the game as desired as some students may not respond well to losing their turn.

• The student who completely covers his/her articulation mat at the end of the game is the winner.

Please be sure to visit Breanna's Speech Blog for more activities and for a peek into my speech room.