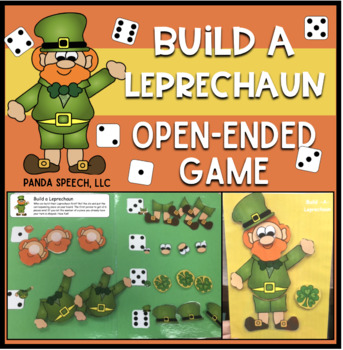 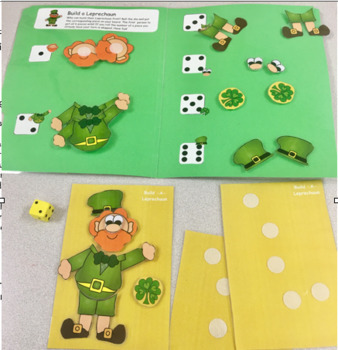 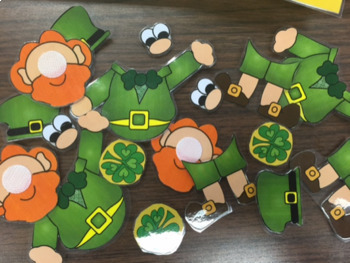 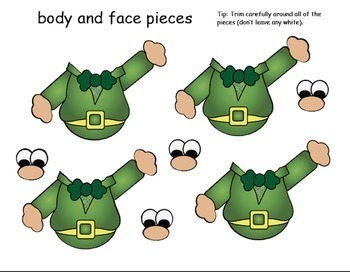 SLPs: Need an open-ended game to use with your articulation or language flashcards?

☞ I have the perfect game for you!

Game Play: Each child gets a building board. They take turns rolling a die and putting pieces on their building board that go with the number they rolled (head, body, legs, face, hat, and clover). The first player who builds their Leprechaun wins!

This is perfect for the month of March or to compliment St. Patrick's Day themed lesson plans.

I have many Build-A-Product games for different themes/seasons! Click here to see them all!