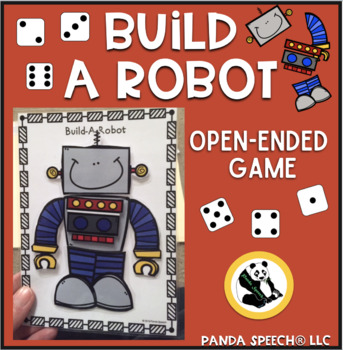 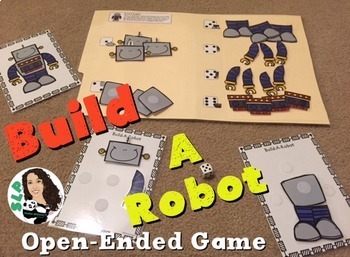 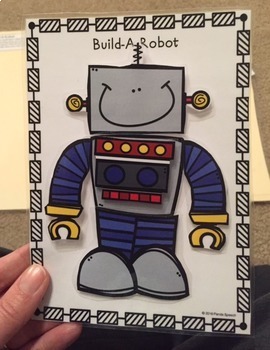 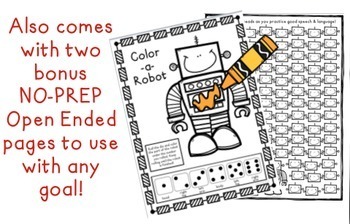 Build A Robot: Open-ended Game + 2 BONUS No-Prep/Open-Ended pages and Quick Lists for speech and language therapy. SLPs: Need an open-ended game to use with your articulation or language flashcards? Teachers/Counselors: Need a fun game to play in small groups? I have the perfect one for you! (I even play this at home with my own children!) Updated in 2020 to include quick lists for quick targets for speech and language to use with this open-ended game (the quick lists have common articulation targets: p, b, m, n, t, d, y, w, k, g, f, v, l, s, z, sh, ch, j, th, r, vocalic r, blends); the language targets include: antonyms/synonyms, compare/contrast, categories, plurals, verbs, associations, multiple meaning words, simple sequences, idioms)

Game Play: Each child gets a building board. They take turns rolling a die and putting pieces on their building board that go with the number they rolled (head, body, arm, legs, and buttons). The first player to builds their Robot wins!

Use this product year round! Robots are always a hit in my speech room!

Optional materials: 6 sided die (I included a construct-able die if you don't have any dice!)

I love playing games in speech!

I make a ton of fun game companions! Click here to see them