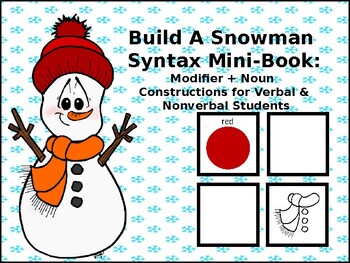 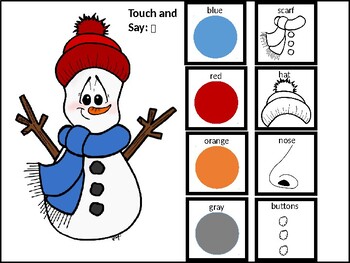 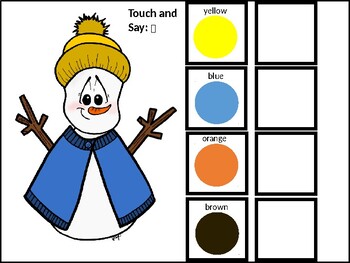 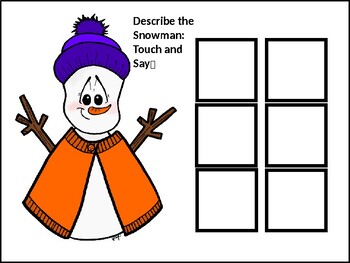 Students learn how to describe and build modifier + noun constructions (expand MLU) by first following along and then ultimately creating their own phrases to comment on each snowman's attire. The first 3 pages contain pre-made phrases such as "blue scarf" and "red hat," which the students verbally imitate or create on their AAC devices. The next 7 pages contain either the color or the object; students are expected to fill in the blanks based on the snowman presented on the page. For slides/pages 13-15, the phrase boxes are empty; students must comment on both the color and object based on each snowman's outfit (e.g., orange sweater, purple hat). The activity booklet ends with students selecting their own attire to dress three different snowmen, which they in turn describe through verbal means or AAC sequences of the relative modifier + noun formations.

The Speech and Language Backpack

299 Followers
Follow
More products from The Speech and Language Backpack