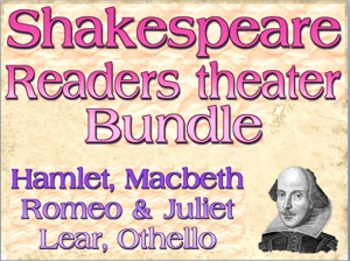 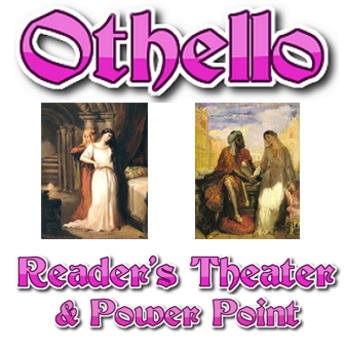 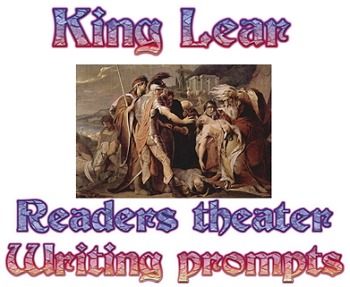 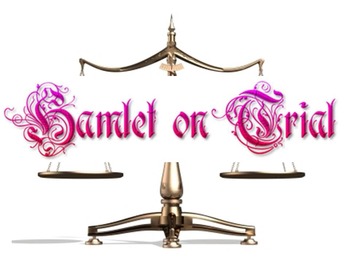 Save time and get 50% off individual pricing with this Shakespeare reader’s theater bundle. It contains 7 reader’s theater scripts, 2 role play activities, bingo game, lesson plans, Power Points, rubrics, extension activities and instructions on how to use the resources within.

Reader’s theater gives students an authentic reason to read and repeated readings with intonation and expression further deepens understanding of characterization and forces that influences people and plots. Using modern language can provide an easier transition into original text.

Research and role play
Who killed Will Shakespeare? mystery activity Something is rotten and it’s not in Denmark! Will Shakespeare is dead - for a second time – and the main suspects and investigators are his characters.

Bonus:
Murder at the Manor role play activity/party
(can be adapted to Game of Thrones or one of Shakespeare’s plays) Earl Henry is dead and without an heir on the eve of the annual tournament and feast. Who could have done such a dastardly deed at the castle? His 4th wife? The traveling minstrel? One of his sisters or a host of other relatives, servants and knights from the realm set in Medieval Europe?