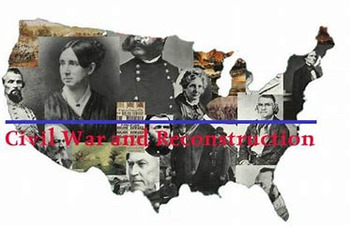 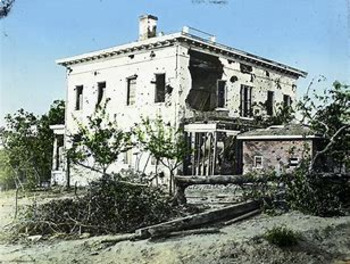 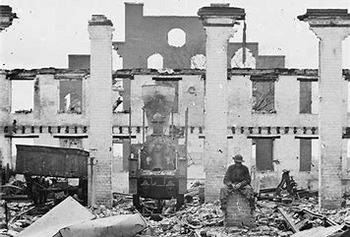 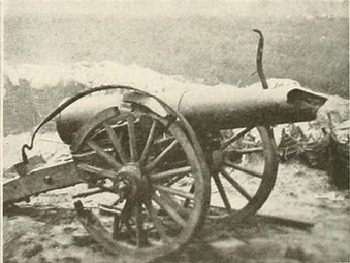 This is a bundle of 2 power point presentations on the catastrophic damage caused by the Civil War and the reconstruction effort to rebuild the country. Each of the slides are highly animated and editable so you are free to modify any slide you chose. There is a total of 75 slides in the two presentations.

The American Civil War was the largest catastrophic event in American History. It was the most destructive and costly event to ever occur on the United States homeland. Not only was the loss of life astronomical in terms of numbers, so too was the loss of limbs making it impossible for many to work following the war.

Death occurred as deadly disease such as diarrhea, typhoid fever, lung inflammation, dysentery, and childhood diseases like chicken pox were the cause of 67% of the deaths. Of the 3.5 million men who fought in the Civil War, the official death count was 620,000, but some now believe the count could have been as high as 750,000. This amounted to 2% of the population at that time, which would be the equivalent to about 6 million Americans dying today. The loss of life touched virtually every family and community.

The Civil War also had a high financial toll. The estimated cost of the war was $6.19 billion ($146 billion in today’s dollars). The war also brought great devastation to the landscape, massive loss of animal life, destruction of towns & cities, ruination of forests and woodlands, a collapsed economy in the South and unacceptable race relations that lasted for more than 100 years.

The group who suffered the most were the black southerners. Neither the federal nor state governments offered much material support to a people who began to negotiate free life and labor without property or education. There was no "Forty Acres and a Mule“ for them. Nor were there to be sufficient feral cattle and hogs in the woods and swamps, which might have provided the most basic sustenance for food.

With the untimely death of President Lincoln, military control of certain areas, requirements to swear allegiance to the Union, the devastation of land, livestock and crops with too few men alive or incapacitated to rebuild the south, reconstruction became a long arduous task as the south suffered the consequences of their rebellion.

NOTE: A DUE TO THE NATURE OF THE SUBJECT, A FEW SLIDES MAY BE TOUGH ON SOME STUDENTS TO LOOK AT. USE YOUR DISCRETION.

By the end of the American Civil War, the South was economically and physically devastated. The plantation system was crippled, slavery had been abolished (so the work force was no longer available), the infrastructure was destroyed, and in many places the people were without food and in some cases starving. The South was totally at the Union’s disposal for goods and services and a deep hatred of the North still existed.

The task ahead was to create a single unified country that would be governed with a strong centralized government. The issue of state's rights was dead. The country now entered the into a rebuilding period called the Reconstruction Era.

The United States eventually emerged as an industrial nation with a with a much stronger sense of nationalism and the beginning of western migration onto lands increasingly opened to settlement.

The Task at Hand

This is one of several bundled power point presentations that I offer in my store on... the American Civil War and Reconstruction.