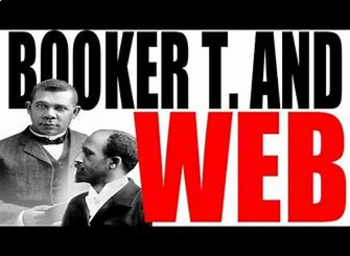 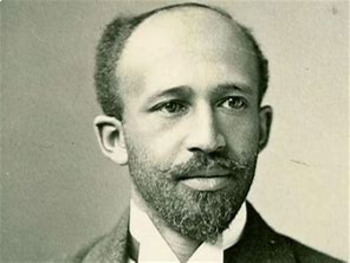 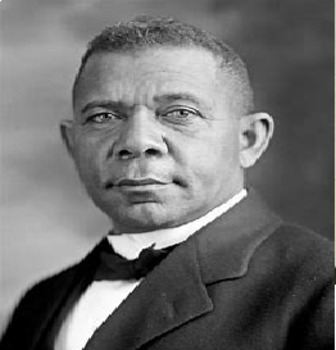 This is a bundle of 2 highly animated, power point presentations on two of the most well-known Civil Rights Activists and Educators at the turn of the century: Booker T. Washington and W.E.B. Du Bois. Both were well accomplished but had decidedly different approaches to help African-Americans improve their life situations. There is a total of 34 slides in the presentations and all are editable so you can modify them to meet your individual requirements.

William Edward Burghardt Du Bois, better known as W.E.B. Du Bois, was born on February 23, 1868, in Great Barrington, MA. He was an Educator, Scholar, Civil Rights Activist, Journalist and one of the most important African-Americans during the first half of the 20th century.

He was often at odds with Booker T. Washington’s teachings on race relations He was incensed at the thoughts expressed by Washington’s “Atlanta Compromise” in which he opposed Washington’s promoting what he believed to be the subservient role for the black man and woman.

He co-founded the Niagara Movement which later became known as the National Association for the Advancement of Colored People (NAACP) in 1909 and supported Pan-Africanism. In 1895, Du Bois became the first African American to earn a doctorate from Harvard.

Booker T. Washington was born into slavery in VA April 5, 1856. His life had little promise early on. As in most states prior to the Civil War, the child of a slave became a slave. Yet from humble beginnings he was able to put himself through school and became a teacher following the Civil War.

In 1881, he founded the Tuskegee Normal and Industrial Institute in AL (now known as Tuskegee University), which grew immensely and focused on training African Americans in agricultural pursuits. Under Washington's leadership, Tuskegee became a leading school in the country. At his death, it had more than 100 well-equipped buildings, 1,500 students, a 200-member faculty teaching 38 trades and professions, and a nearly $2 million endowment.

September 18, 1895, Washington publicly put forth his philosophy on race relations in a speech at the Cotton States and International Exposition in Atlanta, GA, known as the "Atlanta Compromise." In his speech, Washington stated that African Americans should accept disenfranchisement and social segregation if whites allow them economic progress, educational opportunity and justice in the courts.

This started a firestorm in parts of the African-American community, especially in the North. Activists like W.E.B. Du Bois who deplored Washington's conciliatory philosophy and his belief that African Americans were only suited to vocational training.

This is one of many power point presentations I offer in my store under the heading....Famous People in History and the Civil Rights Movement.