Bundle of 2 - Celebrating Christmas - The Christmas Story for Kids & Adults 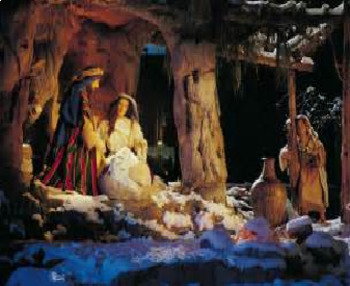 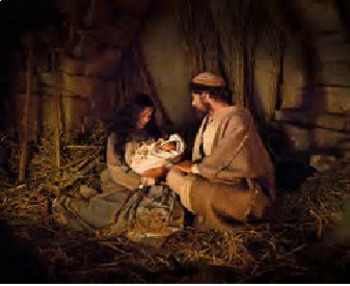 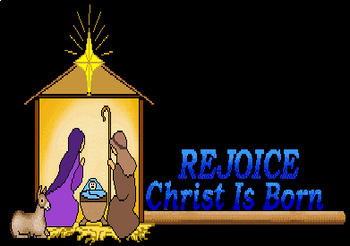 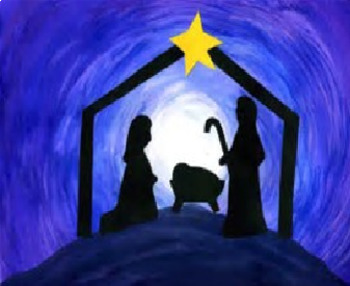 (3 MB|54 pages)
2 Products in this Bundle
2 products
Bundle Description
This is a bundle of 2 highly animated, power point presentation on Religion – The Christmas Story for Kids & Adults. The total number of slides in the presentations is 54. Each of the slides are editable so you can modify the slides if you need to.

Long ago, when King Herod ruled Judea, God sent the angel Gabriel to a young woman who lived in the northern town of Nazareth. The girl's name was Mary and she was engaged to marry Joseph. The angel Gabriel said to Mary: 'Peace be with you! God has blessed you and is pleased with you.' Mary was very surprised by this and wondered what the angel meant. The angel said to her 'Don't be afraid, God has been very kind to you. You will become pregnant by the Holy Spirit and give birth to a baby boy and you will call him Jesus. He will be God's own Son and his kingdom will never end.'

Once they got married they had to go the Bethlehem to be part of the census. Mary was pregnant with Jesus so they traveled very slowly because Mary's baby was due to be born soon. Once they arrived in Bethlehem, the only place to stay that they could find was with the animals. So, Jesus was born
where the animals slept. His bed was the manger that the animals ate their hay from.

Shepherds were tending their sheep nearby and saw a great number of angels singing and announcing they Jesus was born. They immediately went to worship him.

A group of wise men from the east saw a great star and knew this was the place where a king was to be born. They eventually found Jesus in Joseph and Mary’s home and brought him gifts to worship him. When wicked King Herod heard of Jesus birth he tried to find where Jesus was so he could kill him. But Joseph and Mary were warned by an angel to escape to Egypt. They stayed there until Herod died and it was safe to return home.

Power point #1 is entitled, Religion – Children’s Bible Stories - The Story of Christmas and contains 22 slides and covers the following:

For Christians, the Christmas Story is the beginning of the story of the remarkable man Jesus the Christ. It is short with little fanfare. Of the 27 books in the New Testament part of the Bible, the story is only told in the books written by Matthew and Luke, two of Jesus' followers and friends. In Matthew, the story is told in 2 out of the 28 chapters and in Luke, it is told in 2 chapters out 24. Both Matthew and Luke, finish their telling of the story with Joseph, Mary and Jesus returning to Nazareth to live.

To Christians, one of the most important things about Christmas is what 'Christmas' really means. That Jesus was not only born, as told in the Christmas story, but that, when he became a man, Jesus willingly died to take away all our sins and bring us closer to God. Then he came back to life 3 days later as told in the Easter Story.

Joseph & Mary were required to journey to Bethlehem to satisfy Caesar Augustus, recently ordered census. While there she went into labor, but struggled to find a place to birth her baby. Eventually the found a stable and Jesus was born.

A “host” of angels appeared to a group of shepherds the same night and they immediately set out to find the baby. Having seen the new baby, the Bible says "...they spread the word concerning what had been told them about this child, and all who heard it were amazed at what the shepherds said to them."

Unfortunately, for some the Wise Men were NOT present that night as depicted in most nativity scenes. They appeared to Jesus sometime later when he was in a house. They paid homage to Jesus and presented him with expensive gifts. Learning that Herod was seeking to kill all newborn babies, they left without telling Herod where he could find the baby Jesus.

Power point #2 is entitled, Religion - The Christmas Story, Part 3 - The Birth of Jesus and contains 32 slides and covers the following:

This is one of many bundled power point presentations I offer in my store under the heading …Religion.