Bundle of 3 - American Civil War - Forrest, Ft. Pillow & The Birth of the KKK 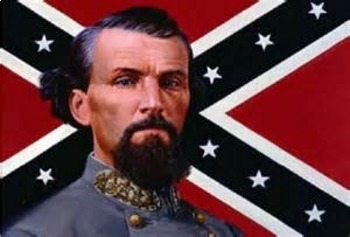 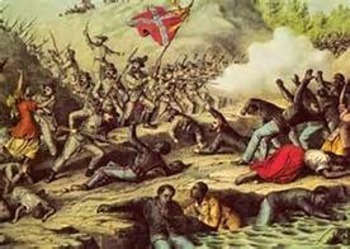 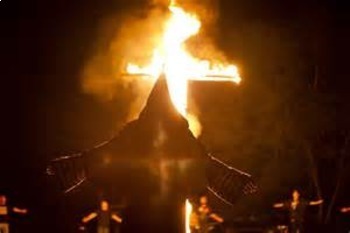 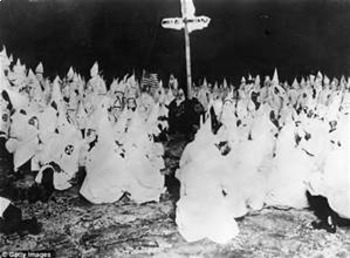 This is a bundle of 3 highly animated, power point presentations on the American Civil War - Nathan B Forrest, the Ft Pillow Massacre and the birth of the Ku Klux Klan. All three presentations together number 65 slides. Each of the presentation slides are editable so you can change them to fit your individual needs.

Nathan Bedford Forrest, one of the most polarizing figures of the Civil War era, was born July 13, 1821 in Chapel Hill, TN. When his father, a blacksmith, died when he was 16, Forrest moved to the Memphis Delta and eventually became a successful businessman, a millionaire dealing in cotton, land and slaves.

In the spring, of April 1864, Forrest and his men were involved in one of the most controversial episodes of the Civil War. After surrounding Fort Pillow, near Memphis, Forrest demanded the surrender of the garrison, which included 262 soldiers of the U.S. Colored Heavy Artillery. When the Union forces refused, Forrest’s men easily overran the fort.

After the war, Forrest is best known as having been a prominent figure in the foundation of the Ku Klux Klan, a group composed of mostly Confederate veterans committed to violent intimidation of blacks, northerners and republicans. He was “Grand Wizard” until he ordered the dissolution of the organization in 1869.

As the American Civil War progressed the issue of slavery came to the forefront of the war. President Lincoln eventually freed the slaves in the rebelling states with the document that became known as the Emancipation Proclamation. Many in the North called for allowing the “negro” to serve in the Union army and even arming the newly freed slaves, a thought that appalled the South.

Many African-American’s served admirably but in cases where they were captured by Confederate soldiers, were treated as runaways, severely punished or even murdered on the spot. Such was the case of the massacre at Ft. Pillow in TN.

The Fort Pillow Massacre in TN on April 12, 1864, in which more than 300 African-American soldiers were killed, was one of the most controversial events of the American Civil War. Though most of the Union garrison surrendered, and thus should have been taken as prisoners of war, the soldiers were killed. The Confederate refusal to treat these troops as traditional prisoners of war infuriated the North, and led to the Union’s refusal to participate in prisoner exchanges.

The Ft. Pillow Massacre has been long forgotten by most. Despite the ferocity of the attack, Fort Pillow was of little significance to the Confederate Army, and Nathan Bedford Forrest's troops abandoned it within hours of the massacre. The Fort Pillow site is now a Tennessee state park.

Power point #3 is titled, The Civil Rights Movement - The Ku Klux Klan and contains 30 slides and covers the following:

Founded in 1866, as a social club in Pulaski, TN including many former Confederate veterans, the first Ku Klux Klan was founded as a charitable organization to help widows and orphans of the American Civil War. The first Klan was created in the image of other secret societies of the day. The hierarchical organization with local chapters housed under a national umbrella structure.

In the summer of 1867, local branches of the Klan met in a general organizing convention and established what they called an “Invisible Empire of the South.” Confederate General Nathan Bedford Forrest was chosen as the first leader, or “grand wizard,” of the Klan.

The organization of the Klan coincided with the beginning of the 2nd phase of post-Civil War Reconstruction, put into place by the more radical members of the Republican Party in Congress.

The victorious Union government imposed a version of martial law on the south and began to enforce laws designed to end segregation against black citizens. Under its provisions, the South was divided into 5 military districts, and each state was required to approve the 14th Amendment, which granted “equal protection” of the Constitution to former slaves and enacted universal male suffrage.

When a constitutional amendment granted black men the right to vote in 1870, the Klan became a vehicle for white southern resistance to the Republican Party’s Reconstruction-era policies aimed at establishing political and economic equality for blacks.

Over time the KKK became an undeniably terrorist organization - but what made the Klan an especially insidious terrorist organization, and a threat to civil liberties, was that it functioned as the unofficial paramilitary arm of Southern segregationist governments. This allowed its members to kill with impunity, and allowed Southern segregationists to eliminate activists by force without alerting federal authorities.

Although the Klan is much less active today, it will be remembered as an instrument of cowardly Southern politicians who hid their faces behind hoods, and their ideology behind an unconvincing facade of patriotism.

This is one of many bundled power point presentations I offer in my store under the heading.... the American Civil War.