Bundle of 4 - American Revolutionary War - Sniping & Weapons of the Revolution 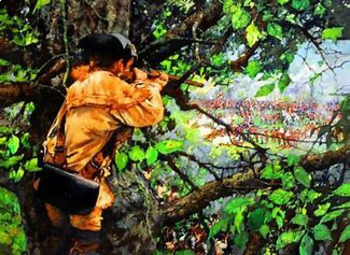 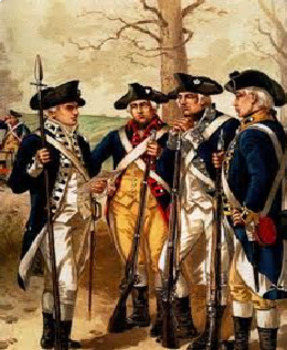 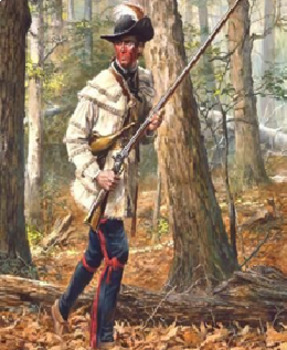 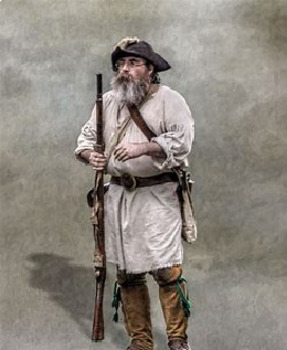 This is a bundle of 4 highly animated, power point presentations on the American Revolutionary War – Sniping in the Revolution. The total number of slides is 73. Each of the presentation slides are editable so you can change them to fit your individual needs.

The “sniper” is an American creation conceived during the American Revolutionary War to help even the playing field with the British. The Americans gained two valuable pieces of information regarding British officers in the fields of battle that they were able to turn to their advantage:

1. The officers always kept battle plans and other important documents on their person while in battle. 2. These officers did not share these plans with subordinate officers.

The Americans adopted “sniping” as a battle tactic and employed it effectively against the British., although the term “sniper” had yet to emerge. Prior to the American Revolutionary War, battles were fought “old style,” performed in close ranks in a large field facing the enemy. It was the backwoods skill of the frontiersmen who made possible the “stalk and hide” strategy of fighting and changed the way the Americans fought the war.

It was Daniel Morgan who defined created the tactics of how sniping was to be used in battle. He hated the British with a passion after an officer during the French and Indian struck him with the flat of his sword, so Morgan promptly knocked the man out. For his impertinence, Morgan was punished with 500 lashes to the point of death. He survived the ordeal, carrying his scars and his disdain the rest of his life. His hatred of the British knew no bounds became the motivating factor to punish the British for what they had done to him.

It was Timothy Murphy who defined how effective sniping could be by eliminating many key British officers in the field of battle and by doing so, changed the course of the war in the process. He is best known for assassinating Generals Fraser and Clark and the orders of Benedict Arnold during the Battle of Saratoga and almost killing General Bourgogne, who barely escaped. This American victory turned the fortunes for the Americans and convinced the French to enter the war on the side of the Americans.

The weapon of choice for the snipers was the Kentucky rifle. The Kentucky rifle was an expertly crafted tool that no frontier family was without. Most American frontiersmen became deadeyes and could accomplish shooting feats such as snuffing-the-candle or driving-the-nail as a matter of course.

The British marveled at the marksmanship of these riflemen during the Revolutionary War, calling them “widow-makers.” The Kentucky was the weapon not only in the Battles of Saratoga, but the Battle of Cowpens, the War of 1812 the Battle of New Orleans and by the Texans in their War for Independence from Mexico.

Power Point #4 is entitled the American Revolutionary War - The Kentucky Rifle and contains 19 slides and covers the following:

Legacy of the Kentucky

This is one of many bundled power point presentations I offer in my store under the heading.... the American Revolutionary War.