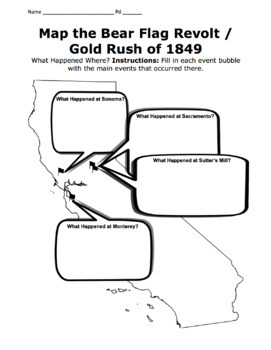 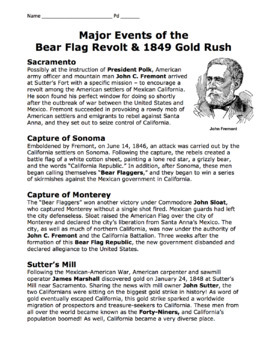 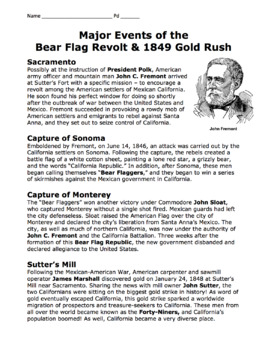 Students will enjoy having a visual representation of the Bear Flag Revolt, including the major captures of Sacramento, Sonoma, and Monterey. This activity explains the heroic actions of President Polk, John C. Fremont, the Bear Flaggers, and others in their revolt against the dictator Santa Anna. It also discusses the discovery of gold by James Marshall and John Sutter. The Students will identify which major events happened where on the map.