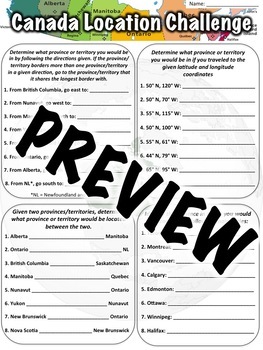 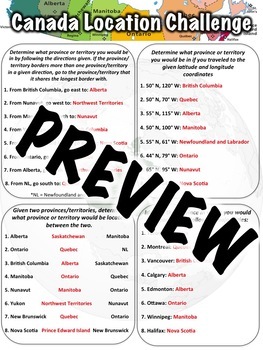 This Canada location worksheet has 32 total questions – four sections of eight questions each. Both a PDF and a link to download the worksheet using Google Slides are included. An answer key is also included.

In the next section, students are given a set of latitude and longitude coordinates and asked to identify in which province/territory those coordinates would be located.

In the following section, students are given two provinces/territories and asked to identify which country would be between the two.

In the final section, students are given a major city and asked to identify the province/territory in which that city is located.