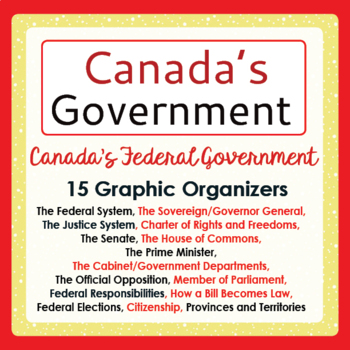 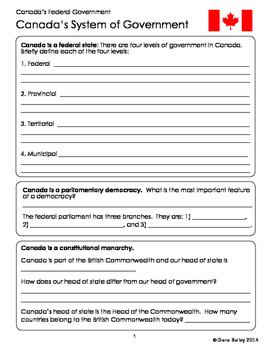 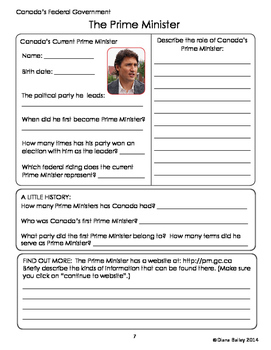 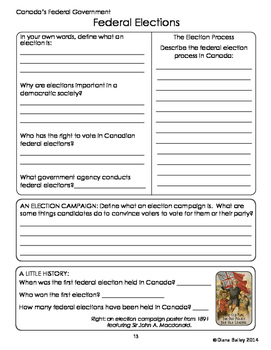 This set of graphic organizers is designed to organize student learning of Canada’s federal system of government. For younger students, the organizers could be used as components of an interactive notebook - the separate sections could be expanded on. For older students, the organizers would serve as a good tool for review and study purposes. All of them are designed so that you the teacher can assign topics for further research for any of the 15 organizers.

This product has been updated to reflect the outcome of the October 21, 2019 election. It will be further updated if there are other changes.

The topics included are:

The Charter of Rights and Freedoms

The House of Commons

How a Bill Becomes Law

Some of the organizers include short assignments to be done using the Internet. Other information asked for can be found online, and in many cases in text books the students use. Please note that many of Canada’s governmental procedures are set by “custom” rather than “law”. In some cases, there are no set rules on how things are done but in the answer keys, I have tried to describe the usual procedures as accurately as possible.

I have included copies of the Prime Minister page and the Official Opposition page with and without photos of the current leaders. In case of a sudden change, students can insert a photo from the internet. I will be updating the product as leaders, etc. change. This resource has been updated on May 29, 2017 to include the new leader of the Conservative Party.

There is a complete and extensive answer key for the 15 graphic organizers. Please have a look at my preview for more details.

Below are links to the large number of government resources available in my store. I have sorted them into discounted bundles but each item may be purchased separately.

Bundle #1 of 3 Resources which includes:

Bundle #2 of 3 Resources which includes:

Mega Bundle of 7 Resources which includes all six of the items above as well as:

Super Bundle of 12 Resources which includes all 7 resources above as well as:

Justin Trudeau and the Office of Prime Minister

The Charter of Rights and Freedoms

I also have similar resources for older students which are available individually or as a bundle:

All these resources can be viewed individually in my store's custom category Canadian Government: