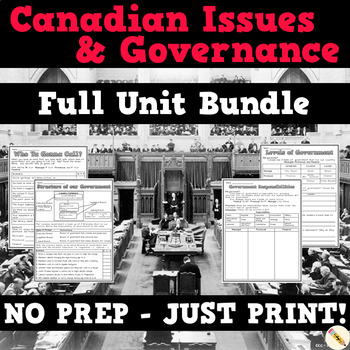 - Government responsibilities for each level

- Positions in the Government

- Natural Resources in BC

- Charter of Rights and Freedoms

- Protests: Forms and a Case Study

More products from the Grade 5 unit:

Discrimination and Immigration in BC - $5.00