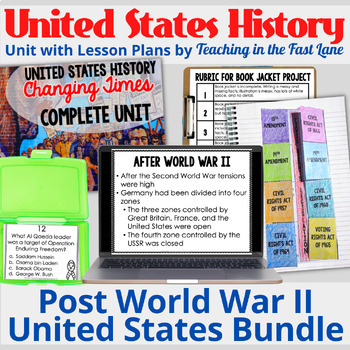 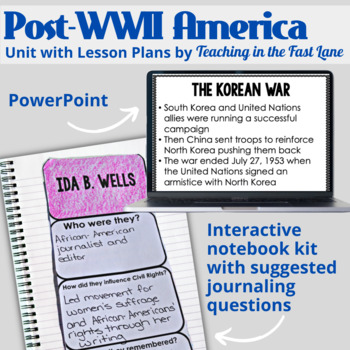 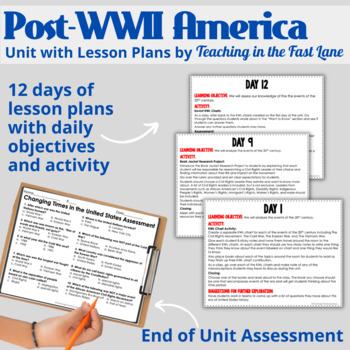 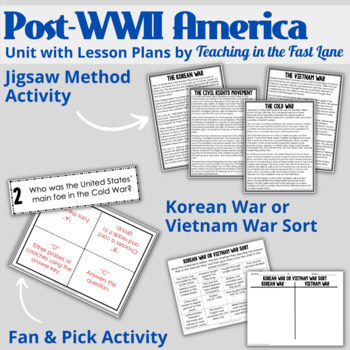 This bundle includes all of the individual resources for the Changing Times unit of American History during the time period following World War II through the late 1980s.

**This bundle has been updated to include daily lesson plans for the Changing Times unit as well as a word wall and student assessment.**

The formation of the United Nations

Included in this bundle: