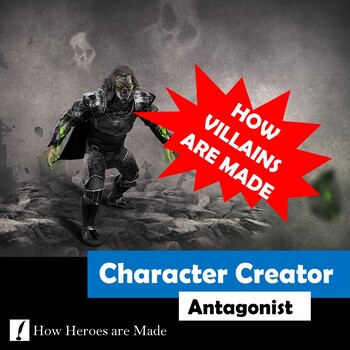 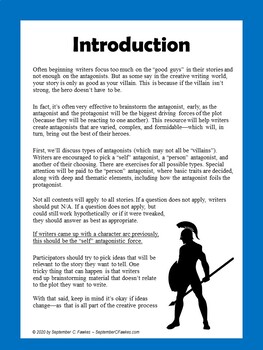 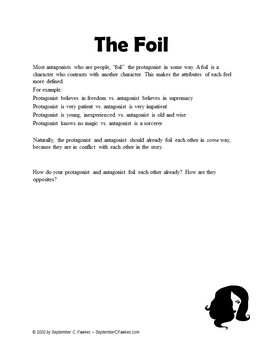 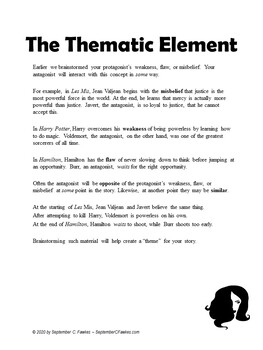 How Heroes are Made
13 Followers
Follow
Compatible with Easel Activities
This resource is compatible with Easel by TpT, a suite of digital tools you can use to make any lesson interactive and device-ready. Customize this activity and assign it to students, all from Easel. Easel is free to use! Learn more.

More fromHow Heroes are Made

Often beginning writers focus too much on the “good guys” in their stories and not enough on the antagonists. But as some say in the creative writing world, your story is only as good as your villain. This is because if the villain isn’t strong, the hero doesn’t have to be.

In fact, it’s often very effective to brainstorm the antagonist, early, as the antagonist and the protagonist will be the biggest driving forces of the plot (because they will be reacting to one another). This resource will help writers create antagonists that are varied, complex, and formidable—which will, in turn, bring out the best of their heroes.

First, we’ll discuss types of antagonists (which may not all be “villains”). Writers are encouraged to pick a “self” antagonist, a “person” antagonist, and another of their choosing. There are exercises for ALL possible types. Special attention will be paid to the “person” antagonist, where basic traits are decided, along with deep and thematic elements, including how the antagonist foils the protagonist.

I have worked professionally in the fiction-writing industry for over eight years. I hope to introduce teens and adults to professional approaches that will help them with their own creativity—something I wish I had much sooner!

How Heroes are Made